SCAT Enterprises has announced that it has been acquired by Taglich Private Equity, which recently acquired Air Flow Research Heads, the manufacturer of cylinder heads and intake manifolds for the high-performance automotive aftermarket. The transaction includes the Procar by SCAT seating division. SCAT’s management team will remain in place along with SCAT’s production facility and employees, located at its headquarters in Redondo Beach, California. SCAT founder Tom Lieb will remain involved in the business going forward and SCAT’s current COO Craig Schenasi will become CFO of the combined companies and an owner in the business. For more information, visit scatcrankshafts.com and airflowresearch.com. 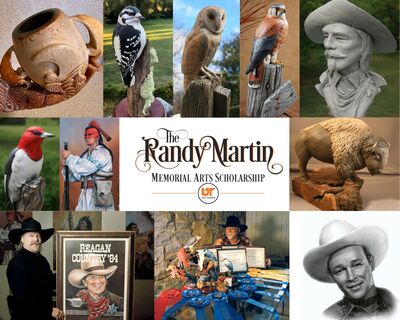 Martin & Company has announced that the Randy Martin Memorial Arts Scholarship Fund is halfway toward its goal of $25,000 for 2021. The scholarship was developed in honor of agency co-founder Randy Martin to benefit UT Southern, formerly Martin Methodist College in Pulaski, Tennessee. Randy Martin, a graduate of Harris School of Art, held numerous positions with Nashville-based advertising agencies as well as art director for CBS Records. He helped form Martin & Company in 1993 with his spouse Zan Martin and served as creative director and CFO until he passed away in May of this year from COVID-19. To make a donation to the Randy Martin Memorial Arts Scholarship Endowment, visit here. The recently named University of Tennessee Southern was originally founded in 1870. The college joined the University of Tennessee System in 2021 as the first new primary campus in the UT System in more than 50 years.

Hot Shot’s Secret was recently honored as Manufacturer of the Year by the National Tractor Pullers Association (NTPA). The award was presented to Josh Steinmetz, Lubrication Specialties Inc.’s e-commerce manager during NTPA's 50th Awards Banquet. The annual banquet recognizes the people and organizations who give support to tractor and truck pulling, including competitors, families, crew members, promoters and sponsors. Hot Shot’s Secret became a sponsor of NTPA truck and tractor pulling in 2020, under a three-year partnership that designates Hot Shot’s Secret as the official Fuel Additive of the NTPA.

SuperSprings International (SSI) has announced changes to its leadership team. SSI has restructured to establish five defined business units led by a member of its new leadership team. The units include Tom Bateman, director of marketing; Jeni Chen, director of operations; Justin Tevis, director of data and tech ops; and Ryan Dougan, controller. All members of the leadership team report to Chief Commercial Officer Adam Weisner, who reports to SSI Chairman and CEO Gerry Lamberti.

Total Seal Piston Rings has announced Victor Wise as its new director of quality. He will focus on day-to-day operations, working with management and manufacturing to ensure the highest quality product ships to the customer on time, with the tightest tolerances possible. With more than 15 years of management involvement, Wise’s experience includes aerospace, automotive, semiconductor and commercial. Positions include management, quality engineer, consultant, auditor, inspection and more roles. In addition, he holds a certificate as a lead auditor and an internal auditor for quality standards.