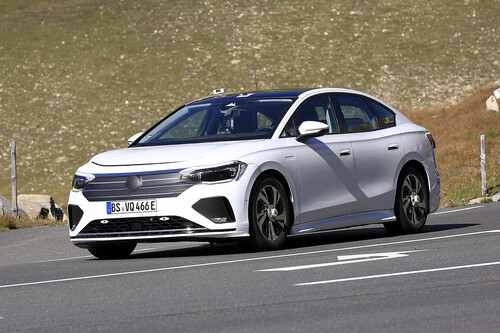 Volkswagen’s electric Passat equivalent will be launched in 2023. The range of the model, which comes both as a sedan and station wagon, should then be around 400 miles. Our spies have caught the production version of the sedan variant during its first test drive in the Austrian Alps. It’s expected to be called the Aero B—the brand’s electric family car was first shown in concept form as the ID Space Vizzion back in 2018. The model is expected to correspond to the current Passat in size but offer the same interior spaces as its now defunct big brother Phaeton.

The production Aero B is based on the VW Group’s electric car platform MEB, which is also used for the hatchback ID 3 and will be launched after the MEB SUVs ID 4 and ID 5. The production start is now nailed to 2023. The new model will be offered with rear-wheel drive as standard. As a hotter alternative, there will also be a four-wheel drive GTX performance model which will be able to handle 0–60 mph in 5.6 seconds.

The range with the largest battery package on offer, 84 kWh, will offer about 435 miles. In comparison, the platform sibling ID 3 has a maximum of 77 kWh and a WLTP range of 340 miles.

The higher-energy capacity is said to be made possible by a slightly longer wheelbase, which means that the battery pack in the floor can be slightly larger. The increased range is also due to more “efficient” battery cells and reduced rolling and air resistance. 200 kW fast charge shall also be possible, which should mean that 140 miles of charging takes only 10 minutes.

The production of the Aero B will take place at Volkswagen’s factory in Emden, Germany in 2023, which currently manufactures Passat and Arteon models. The factory is currently undergoing a “heavy upgrade” which, according to Volkswagen, will increase production capacity to 300,000 electric cars per year in 2023—including ID 4 and 5 models that will be manufactured there from 2022.​ 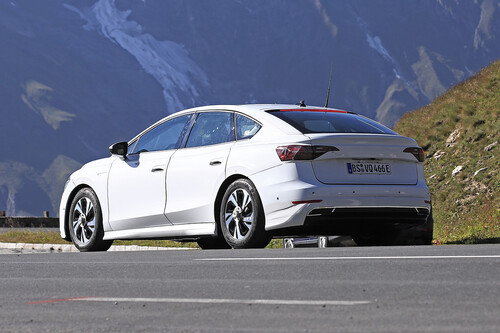