Legendary American race car driver Bob Bondurant has passed away at 88 years old. Bondurant was introduced to racing by his father, John Roper Bondurant, at the age of 8. He began his racing career piloting flat track vehicles as a teenager. At 23, he began racing in Morgan Plus Fours before moving on to Corvettes and later the legendary Shelby Daytona Coupe, in which he won the World SportsCar Championship’s 24 Hours of Le Mans with Dan Gurney in 1964. Bondurant also raced in Formula 1 for Ferrari before moving to Can-Am with Peter Revson in the Lola T70 Mark II. Following a crash at Watkins Glen in New York, Bondurant opened the Bob Bondurant School of High Performance Driving in 1968. Since then, the school has taught the copyrighted “Bondurant Method” with its lineup of instructors. More than 500,000 students have graduated from the school, overseen by the company president and CEO and Bondurant’s wife Pat.

Steve Torrence, Greg Anderson and Matt Smith all wrapped up their championship seasons, racing to a world title and the event victory last Sunday at the season finale, the Auto Club NHRA Finals at Auto Club Raceway at Pomona. All four points leaders entering the race also claimed world titles, as Torrence clinched his fourth straight world title in Top Fuel, Anderson and Smith each won their fifth championship in Pro Stock and Pro Stock Motorcycle, respectively, and Ron Capps picked up his second career world title in Funny Car. 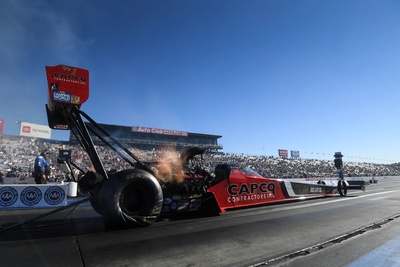 Steve Torrence secured the world title for a fourth consecutive year with a win in the first round in his 11,000-hp Capco Contractors dragster.

Bob Tasca III (Funny Car) also picked up a win at the final race of the Countdown to the Championship and the 2021 NHRA Camping World Drag Racing Series season. Torrence secured the world title for a fourth consecutive year with a win in the first round in his 11,000-hp Capco Contractors dragster. He powered to the victory, going 3.759 seconds at 317.12 in the final round against Antron Brown.

Capps won his second world title when defending world champ Matt Hagan lost in the semifinals. The Funny Car veteran won his first title in 2016 and was helped by a first round win against Terry Haddock on Sunday in his 11,000-hp NAPA Auto Parts Dodge Charger SRT Hellcat.

Tasca led the points for eight straight races in the early portion of the season and while he wasn’t in the title mix at the end of the year, he finished on a strong note, going 3.955 at 321.65 in his 11,000-hp Mustang to defeat Alexis DeJoria’s 3.974.

A dream season for Anderson ended with a fifth world championship in his HendrickCars.com Chevrolet Camaro when he slipped past defending world champ Erica Enders in the semifinals. The all-time wins leader in Pro Stock history then rolled to his 99th career win, going 6.574 at 208.23 in the final round, defeating KB Racing teammate Kyle Koretsky on a holeshot.

Smith wrapped up his second straight world championship and fifth overall by winning in the second round on his Denso Auto Parts/Stockseth/Matt Smith Racing EBR against three-time world champion Angelle Sampey. Smith was first off the starting line in the pivotal matchup to pull off the holeshot victory and replicated that in the final round, going 6.817 at 200.74 to beat Karen Stoffer on a holeshot. That gave Smith six victories during his championship season. 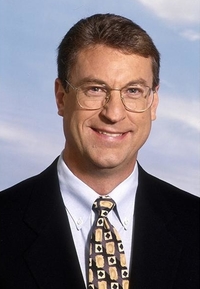 Longtime NASCAR broadcaster Bob Jenkins has been named the winner of the 2021 Squier-Hall Award for NASCAR Media Excellence.

He is the 10th recipient of the prestigious award named after Ken Squier and Barney Hall. Jenkins served as the lead lap-by-lap announcer for NASCAR broadcasts on ESPN and ABC from 1981–2000. He passed away in August at age 73 after a battle with brain cancer.

Tickets and more information are available at nascarhall.com.

NHRA has announced a new Factory X (FX) exhibition racing class for the 2022 season. Known as NHRA Factory X presented by Holley, the category will bridge the gap between Factory Stock Showdown and Pro Stock and will be reserved for 2019 and newer manufactured automobiles, including the Chevrolet COPO Camaro, Dodge Challenger Drag Pak and Ford Mustang Cobra Jet.

The FX class will have a minimum weight limit of 2,650 lbs., which is nearly 1,000 lbs. lighter than a Factory Stock Showdown car, and a manual transmission is mandatory. FX will be included in the 2022 season with Competition eliminator across all seven NHRA Divisions and will debut as a 2022 exhibition category beginning mid-year at select NHRA Camping World Drag Racing Series events, with the potential to showcase big-performance numbers right off the bat in the lightweight, modified class. For more information, including race car specs, visit the announcement here.