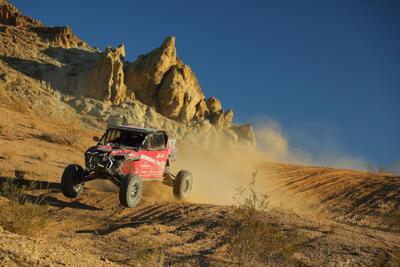 Professional off-road racer and General Tire Down & Dirty Show Powered by Polaris RZR host Jim Beaver ended his pursuit of a 2021 Best in the Desert class championship with the UTV Unlimited victory in the Cal City Desert Challenge. Beaver and the #2915 General Tire Polaris RZR team crossed the finish line first in class on both days of racing to cap off the BITD season with a second-place finish in the class points standings. The 2021 campaign has seen Beaver make half a dozen race starts, with a full slate of BITD events as well as the Legacy Racing Association Baja Nevada. He scored podium finishes in half of those events, with second place runs at Baja Nevada and Vegas to Reno joining the win in Cal City. The #2915 machine, nicknamed “Mona Lisa,” finished every race it ran in the top 10, starting with its debut in Beaver’s hands in the Parker 250 at the start of the season.

NASCAR has announced 13 races in the 2022 schedule for the NASCAR Whelen Modified Tour, with additional dates and venues to be announced in the future. For the first time in series history, the season will kick off at New Smyrna Speedway in Florida, Saturday, February 12, as part of the track’s “World Series of Asphalt Stock Car Racing” during NASCAR’s Speedweeks. It will also be the series’ debut at the half-mile oval.

After opening the 2021 season, Martinsville Speedway will serve as the season finale and where the champion is crowned, Thursday, October 27. This will mark the first time in 30 years and sixth time overall Martinsville has hosted the final Whelen Modified Tour race of the year. For the NASCAR Whelen Modified Tour 2022 schedule, visit nascar.com/whelen-modified-tour. 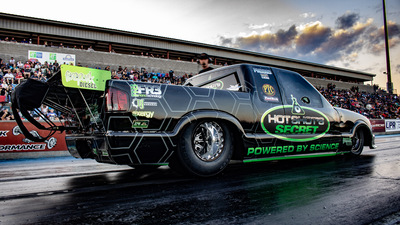 Hot Shot’s Secret has announced a clean sweep of every class champion in the 2021 Outlaw Diesel Super Series (ODSS).

Andersen Promotions has unveiled the 2022 schedule for the launch of its new series, USF Juniors Presented by Cooper Tires. The professionally managed, entry-level series is aimed at preparing drivers for the Road to Indy Presented by Cooper Tires—the stepping stone to the NTT IndyCar Series. The 2022 schedule will feature six events and 16 total races, held in conjunction with USAC's Porsche Sprint Challenge North America, the NTT IndyCar Series, and select NASCAR events. All races will be run to a lap count with extended time windows to ensure competitors a set number of green-flag racing laps.

The season kicks off alongside USF2000 and the Indy Pro 2000 Championship Presented by Cooper Tires at the annual Road to Indy Spring Training test held on the Homestead-Miami Speedway road course in Homestead, Florida, February 17–18. The series finale will feature a triple-header round at the Circuit of The Americas in Austin, Texas, September 17–18.

USF Juniors will feature a prize package exceeding $325,000 which includes a scholarship valued at more than $200,000 to advance to the Cooper Tires USF2000 Championship, the first step on the driver development ladder. For the complete 2022 USF Juniors schedule, visit usfjuniors.com.

Five inductees will be named in early 2022, following two rounds of voting by the organization’s Board of Directors. First-round voting begins next week. The organization also will induct its fifth Heritage class of five individuals whose careers began prior to 1970. The Heritage inductees will be named in 2022. For more information, visit westcoaststockcarhalloffame.com.