World's Fastest Electric Vehicle to Be Displayed at SEMA Show

Team Vesco and reVolt Systems joined forces to set a new national speed record for an electric vehicle earlier this year. The feat was accomplished by loading 1,152 prismatic lithium-ion batteries and a pair of modified Tesla motors into Team Vesco’s 444 Little Giant streamliner. The streamliner traveled an average of 353 mph over two runs at the Bonneville Salt Flats, 12 mph faster than the current World Record (although the runs occurred over a 24-hour period rather than a one-hour period required for an official world record).

The streamliner will be on display at Booth #12475 as part of SEMA Electrified (LVCC North Hall). Click here to watch the record run. 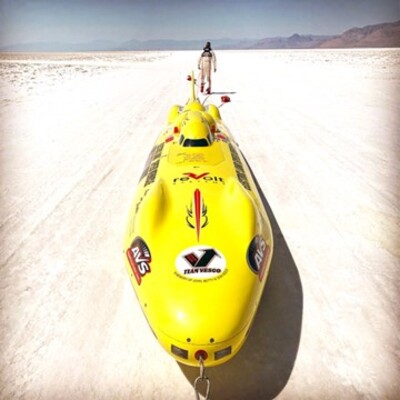