Introducing the "Lone Ranger" and the "RareVair" 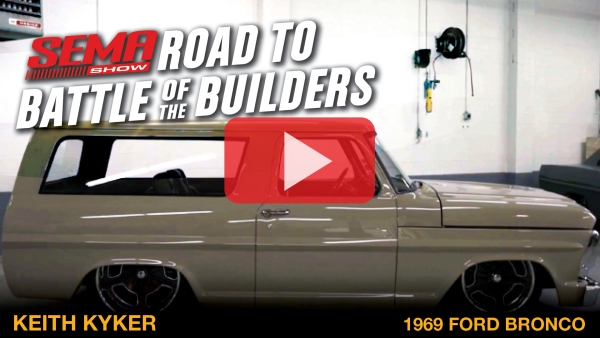 Among the 200 builds competing in the SEMA Battle of the Builders are a project by Keith Kyker of Kyker's Rod & Kustom and another by Lonnie Gilbertson of Lonnie’s Shop. Kyker is headed to the SEMA Show for the first time with his ’69 full-size Ford Bronco and Gilbertson, a SEMA Show veteran, will bring a ’65 Chevrolet Corvair.

The Bronco began life as two separate vehicles—a ’69 Ford Ranger long bed and a ’72 Ford Econoline van. It rides low on an AccuAir suspension system with Billet Specialties Bonneville wheels on all four corners. Ford’s iconic 429 big block V8 sits under the hood with moderate performance enhancements. Interior enhancements include distressed brown leather throughout by Speedway Seatcovers while the rest of the cab remains, for the most part, period correct.

Gilbertson’s Corvair was inspired by the Yenko Stinger. The original air-cooled flat six was swapped out for an LS3 from an ’09 Corvette. This required extensive modifications to the body to account for a liquid cooled powerplant. E-T Sebring wheels add the perfect ’60’s-era circle track vibe to sporty compact. Inside, the custom red interior and dash retain their classic looks. 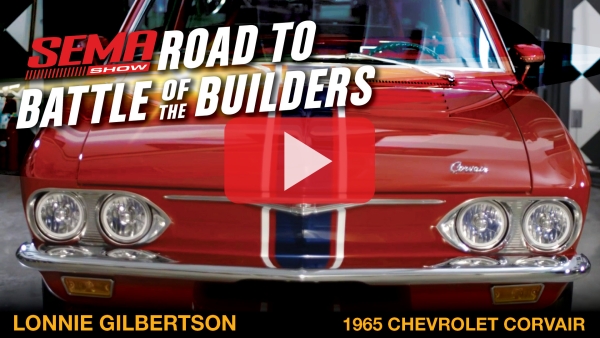 Qualified industry personnel will be able to see the competition unfold live during the SEMA Show, November 2–5. The general public is welcome to attend SEMA Ignited, the official SEMA Show After-party, where they will also see the winning vehicles, as well as hundreds of SEMA Show cars and trucks parading out of the Las Vegas Convention Center following the close of the SEMA Show. SEMA Ignited will also feature Formula DRIFT cars in action, vintage dragsters, food trucks, music and much more.