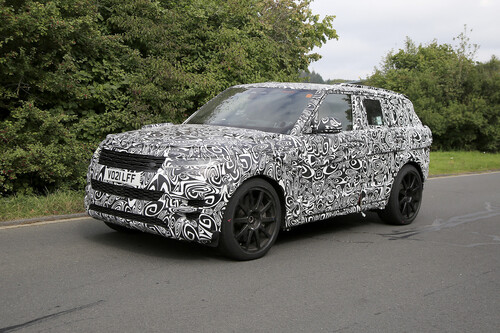 The next-generation Range Rover has been spied multiple times, and Land Rover is also working on the replacement of the Range Rover Sport. It is the latter that our spies have caught again in the hot SVR guise—and wearing a tad less camouflage than before. The images were taken while the car was outside the German Nürburgring race circuit.

At a first glance, you may not be able to tell the differences between the ’23 Range Rover Sport SVR and regular variants of the SUV, due to the thick camo. However, there are no vinyl stickers that can hide the beefier brakes and quad exhaust pipes, and it’s these that gave it away.

Once the artificial skin comes off, probably in early 2023, considering that the regular Range Rover Sport is believed to debut late next year, it will reveal a more aggressive overall design. The bumpers should look sportier, with larger air intakes at the front and a mean styled diffuser at the rear. The roof-mounted spoiler should be beefier too.

Inside, too, will be modifications over the normal Sport variants: front seats with extra side bolstering, more exclusive upholstery options, perhaps contrasted by stitching and piping in lively colors, and enhanced infotainment system and digital gauges. The driving modes will also be refined, and in the sportiest setting, it will be very fast.

Around 600 hp is expected from the alleged twin-turbocharged V8 engine sourced from BMW, which would give it a 25 hp advantage over the current generation. All-wheel drive and a fast-shifting automatic transmission will be on deck. The 0–60 mph will take less than 4.5 seconds, which is the official time of its predecessor, whereas top speed could still be capped at 175 mph.

Like the normal ’23 Range Rover Sport, the SVR is understood to be built on the Modular Longitudinal Architecture. The platform, shared with the bigger and more luxurious next-gen Range Rover, can accommodate internal combustion engines, mild-hybrid, plug-in hybrid, and even electric powertrains. 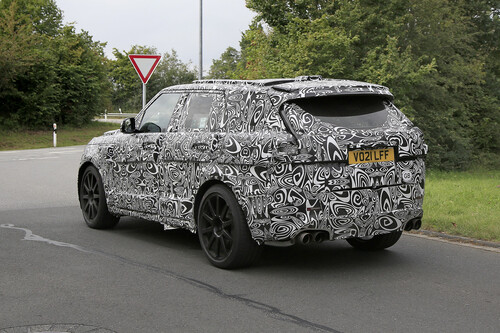