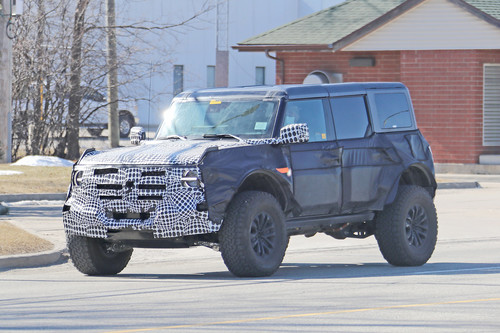 This is an interesting prototype of the upcoming Bronco Warthog. Unlike the prototype spied last year, the one seen here has a set of orange cables on the undercarriage. The cables appear to be high-voltage cables typically used in carrying currents in hybrid-electric configurations.

Both of these are tell-tales that this prototype could be a Bronco Warthog Hybrid. Whereas the regular Warthog should be powered by the twin-turbo 3.0L EcoBoost V6 (400 hp/415 lb.-ft.), the hybrid could feature an electric variant of the same engine. In the Lincoln Aviator Grand Touring, this configuration is rated at 494 hp and 630 lb.-ft.

Jeep recently debuted the 470-hp Wrangler Rubicon 392 and also the new plug-in Wrangler 4xe (good for 0-60 in 6 seconds) with power that exceeds the V6-powered Bronco. Will this be Ford’s response? We’ll soon find out. 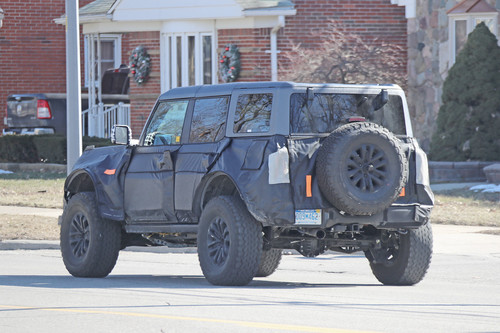