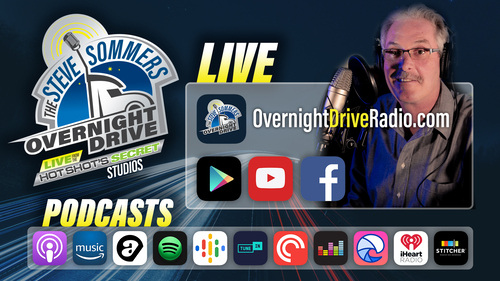 Currently, the five-hour show airs weekly from midnight to 5:00 a.m. (EST) Monday through Friday, and can be heard via a live audio stream at overnightdriveradio.com, in addition to the Overnightdrive.com Android app. The iOS app is still in the works and will be released in the coming weeks. Topics include, but are not limited to, trucking, news, weather, sports and headline news. Listeners can text or call to speak directly with Sommers during the live show by calling 844-844-3388.

In regard to on-demand, the show can be found on numerous podcasting services, including Apple Podcasts, Amazon Music, Acast, Spotify, Google Podcasts, iHeart Radio Podcasts, TuneIn, Pocket Cast, Deezer, Breaker and Stitcher. Additionally, viewers can view the video stream on-demand on the website.

The University of Northwestern Ohio (UNOH) has announced a new degree in motorsports marketing. Known as one of the leaders in training high-performance motorsports technicians, UNOH will now educate students to run this multi-billion dollar industry’s marketing side. According to the university, this new program marks the only four-year bachelor-degree program in the country focused on motorsports marketing. The program will take students out of the classroom and into the garages, front offices, tracks, suppliers and sponsor companies that drive the motorsports industry. With one required internship, students have the chance to work within the motorsports field of their choice, from grassroots racing to the pinnacle of motorsports, such as NASCAR, IndyCar and more. For more information, visit www.unoh.edu.

Classic Instruments announced that Scott Avery was added to the team as the company’s Performance Gauge Division Manager.

“Scott joined our team a little over a year ago and has been a great addition,” says owner John McLeod, “He has really stepped up to get our Performance Gauge offerings out into the performance world.”

Avery has fostered many sponsorships, such as Kyle Cooper, who races a super stock truck in the Champ Off-Road Series; Jenny Treadwell, who is an NHRA Division Champion drag racer; and the Great Lakes Stock S/S Association, among others. Avery now heads up the Classic Instruments' performance division, which is responsible for adding nearly 3,800 new parts to the company's current product offerings.

The year 2020 was a year of celebration for Trick-Tools. The metal fabrication tool distributor out of Pella, Iowa, celebrated its 25th year of providing high-performance metal fabrication tools to automotive and racing professionals all over the world. The company’s “No Junk Guarantee” marks its commitment to the customer, ensuring it won’t offer “cheap junk” on its website.

The Automotive Aftermarket Charitable Foundation (AACF) has announced the election of Peter MacGillivray to its board of trustees. MacGillivray is vice president of motorsports events for Bonnier Corp. Prior to joining Bonnier, MacGillivray was an editor and publisher with Petersen’s automotive magazines and later served as vice president of marketing for SEMA, overseeing the SEMA Show and other SEMA events, as well as SEMA media and PR.