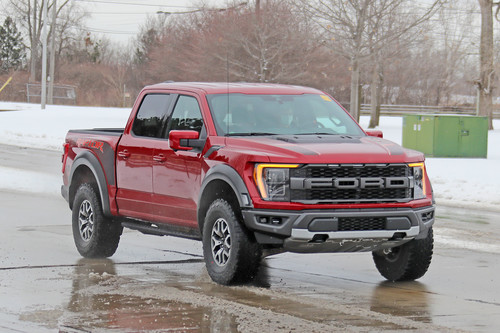 Here’s the ’21 Ford F-150 Raptor riding on the 35s with new rims with a first look at the optional graphics package.

At the front, the package features a set of thick black graphics in the shape of lines on the hood accompanied by a set of thin white lines. The black graphics transition into “dots” as they reach the rear end of the hood. Things get a bit more interesting on the side of the box, where the thick black lines give way to a sparser pattern. The box also features the letters FP (with what appears to be a QR code tucked inside the P) for Ford Performance, the U.S. flag, and the number 03 to designate the third generation of the F-150 Raptor.

Looking at the rims, they appear to be an evolution from the rims found on the ’20 Raptor, which were also aluminum with a black machined finish. The difference between the 37s and 35s can be clearly seen, as the 35s on this Raptor still have a lot of room to encompass.

Expect official photos to be released in the coming weeks. 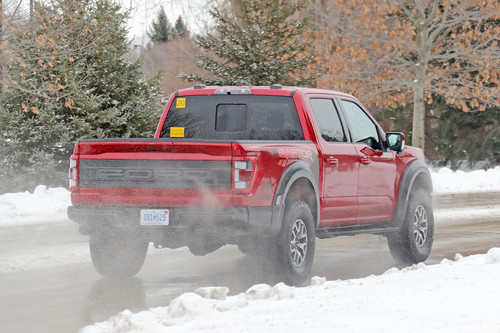