The Indianapolis Motor Speedway (IMS) will host the 105th running of the Indy 500 with limited fans in the grandstands, according to published reports. The decision comes after the 104th event, which typically occurs the Sunday before Memorial Day, was postponed to August in 2020. Officials also ran the event without fans in attendance due to safety and health concerns related to the COVID-19 pandemic. Several details—including the number of fans permitted, ticket purchases and guidelines, such as social distancing and mask mandates, will be announced at a later date. Organizers will work with state and local health officials and are expected to provide an update in the spring. For more information, visit www.indianapolismotorspeedway.com.

PPG has announced that it is continuing its long-standing support of Team Penske by serving as a primary sponsor for numerous races throughout the 2021 season in the NASCAR Xfinity Series (NXS) and the NTT INDYCAR Series. The sponsorship marks PPG and Team Penske’s 37th year of working together, making it one of the longest-tenured partnerships in all of motorsports. PPG again will be the primary sponsor of Austin Cindric’s No. 22 Ford Mustang in four NXS races, while Scott McLaughlin will drive the No. 3 PPG Dallara/Chevrolet for 10 INDYCAR SERIES events during the season. McLaughlin’s newly designed vehicle is light, yet speedy. It weighs 1,650 lbs., including driver weight, and features a 2.2L twin-turbo V6 engine capable of producing a top speed of 240 mph. Topping it all off is a splashy new color scheme, especially befitting a PPG-sponsored car.

Turn 14 Distribution has again partnered with LIQUI MOLY and Stevens-Miller Racing to support driver Mike Skeen as he defends his TA2 Championship title in the Trans Am Series presented by Pirelli. Skeen will pilot an all-new Howe Racing Enterprises Camaro in the TA2 class. The class features purpose-built racing machines assembled and tuned with performance in mind. The racecars are constructed on a cost-effective platform with engines restricted to less than 500 hp. The TransAm Series presented by Pirelli will begin its 54th season on February 19, at Sebring International Raceway, where the series originally debuted in 1966.

Once again, racing will be held at WeatherTech Raceway Laguna Seca in Monterey, California, starting March 13–14, for the season opener. As state and local regulations on races and public events evolve, the Historic Motor Sports Association (HMSA) will make event announcements. So far, the HMSA Spring Club event is the first of two events already confirmed for the 2021 season. HMSA will host its annual event, the Sommet de Legendes at the Le Circuit Mont-Tremblant, July 9–11, but HMSA members will also have a chance to participate in an exhibition racing class during the Acura Grand Prix of Long Beach, which was moved to September. The 2021 schedule of events for the sanctioning body that requires period correct race cars can be found at www.hmsausa.com.

VP Racing Fuels Inc. has announced the VP Madditive product line has been named the Official Performance Additive of IMSA. With Madditive signage at select races and participation at car corrals, VP Racing Fuels will be even more prominent at IMSA events.

CompetitionPlus.com in conjunction with Drag Racer TV, will host a free livestream of the PRO Winter Warmup, March 5-7, at Palm Beach International Raceway. In addition to the live stream, CompetitionPlus.com will post daily updates in the Event Notebook section presented by GuardLab.com.

For more than 21 years, CompetitionPlus.com has been the go-to independent voice and broadcaster for drag racing, and coverage of the PRO Winter Warmup continues its longstanding tradition of bringing drag racing coverage to race fans around the world. 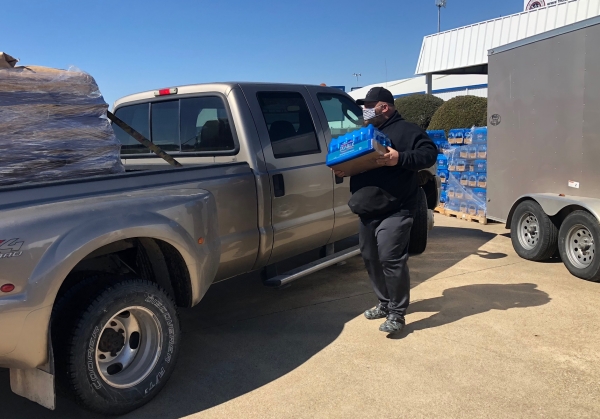 Last week Texas Motorplex, like much of the state of Texas, suffered massive property damage, including severe water damage to the three-story suite tower complex, concession warehouse and a number of buildings in the food court. In spite of the damage, the staff of the facility, known nationally for host the NHRA FallNationals each October, showed their resiliency and #TexasStrong giving spirit by handing out 500 cases of bottled water last Saturday and Sunday. The staff spent eight hours on Saturday and five hours Sunday providing Ellis County and surrounding neighbors with clean water as the entire state begins recovering from a historic weather event.