Due to the ongoing health emergency in the District of Columbia and around the world, the 2021 Washington, D.C., Auto Show will be unable to open during the previously-scheduled March 26–April 4 time frame. Show organizers are working closely with the District government and the Walter E. Washington Convention Center to find dates later in the spring to host the event.The 2020 show, which commenced before the COVID-19 pandemic, was one of the best-attended shows in the event’s history, and featured more than 600 new vehicles from nearly three-dozen auto manufacturers. Further details about the auto show's programming, including updates on scheduling, participating manufacturers, media and industry-related events, and much more, will be announced in the coming months.

Air Lift Company has announced that it has acquired air tank manufacturer Flo Airride Mfg. Flo Airride specializes in the lowered truck market, specifically air tanks. Under the terms of the acquisition, all business operations will move from Flo Airride’s Oklahoma facility to Air Lift's Lansing, Michigan-based, headquarters. In addition to acquiring Flo Airride, Air Lift Company will gain the rights to Slam'd Magazine, a publication created to build a community of engaged automotive enthusiasts around the world. Air Lift Company will also welcome former Flo Airride-owner Mike Alexander to the Air Lift Performance team as the Air Lift performance brand manager. Alexander has worked for almost two decades within the automotive aftermarket, beginning his custom automotive career in the print publishing world and later as the Director of Marketing at AccuAir, before founding Slam'd Magazine in 2014 and Flo Airride in 2016. Air Lift Performance is currently transitioning the production of Flo Airride tanks to their Lansing, Michigan facility. The team anticipates that sales of Flo product will begin in February of 2021.

DENSO Products and Services Americas Inc., an affiliate of DENSO Corp., has named Joseph Wright its new director of Americas Operations. Wright is responsible for overseeing all DENSO shipping and receiving operations across North America, including DENSO’s warehouse and distribution centers in California and Indiana.

Wright brings more than 20 years of experience in warehousing, transportation, global logistics, procurement and production to the position.

"We’re excited to have Joseph join our team and propel us to a higher level of operational excellence," said Kazu Yanagawa, vice president of DENSO’s Supply Chain Management Group. "In addition to our superior products, the DENSO brand stands for unbeatable customer service. Joseph’s acumen and experience will help us continue to build on all these strengths."

Cometic Gasket has announced the acquisition of Klotz Synthetic Lubricants, according to published reports. Klotz Synthetic Lubricants was founded in 1959 by John C. Klotz Jr. in Fort Wayne, Indiana. The company specializes in racing, high-performance, and traditional lubricants, and markets include automotive, karting, marine, motorcycle and RC categories. As part of the acquisition, Brad Kruckenberg has been appointed as the new president for Klotz Synthetic Lubrication. At the same time, company founder Klotz will continue in a leadership role as Chairman Emeritus. The business will continue to engineer, formulate and package its purpose-built lubricants out of its Fort Wayne headquarters. 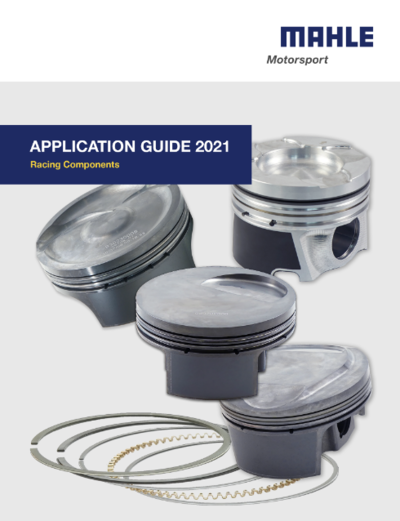 MAHLE Motorsport has introduced a new 2021 Application Guide. The guide offers a complete listing of all PowerPak and PowerPak Plus Piston Kits offered for domestic and import applications and features more than 35 pages of tech information for quick and easy ordering that includes motorsport ring sets, rails and expanders per bore.

LSI Chemical has announced on the heels of signing distribution in South Africa, a new major distribution partner—Pioneer New Material Technology Company Ltd., located in Luoyang, China. The addition of Pioneer represents a strong partner as the world’s third largest MoS2 manufacturer. Pioneer boasts an independent import and export license and a complete customs clearance system to ensure the smooth flow of domestic and foreign products. Pioneer is now authorized to distribute the entire line of LSI Chemical fuel and oil additives in China. Now, in addition to the company’s own manufactured products, which includes lubricating grease for automotive manufacturing, Pioneer will have access to fuel and oil additive technology to improve lubricants and fuels upstream at refineries in the Chinese market and abroad.

VP Racing Fuels Inc. has announced that Davison Oil will no longer distribute VP products. Boswell Oil has been named the sole VP distributor for the state of Georgia, as well as for the areas of Alabama south of Birmingham. VP Southeast continues to service the state of Florida.

Engine Parts Group, also known as Engine Pro, has announced the addition of NPW Companies as its newest member. NPW is a Florida-based automotive parts distributor with 30 warehouse locations and more than 50 store locations across the US. NPW had recently purchased Engine and Performance Warehouse Inc. (EPWI), a founding member of the Engine Parts Group.

Parker Retires and Magee Elected AACF Board of Trustees

The Automotive Aftermarket Charitable Foundation (AACF) announced the retirement of Lynn Parker, and the selection of Larry Magee as President of the Board of Trustees. Magee has been involved with the Foundation for over 25 years, and currently serves on the Foundation’s Executive Committee, Recipient Review Committee, Strategic Planning Committee, and Golf Committee.Parker served on the AACF Board for over 20 years and as AACF Board President the last 3 years.

“Lynn has been a dedicated and passionate volunteer and will be truly missed; we wish him the best in his new adventures,” said Joel Ayres, Executive Director of AACF.”Ayres went on to say,  “AACF is fortunate that Larry will be stepping into this leadership position, his experience with the Foundation and many years in the aftermarket industry will be make this a smooth transition.”

During his career in the aftermarket Magee held CEO/President positions with several companies including Bridgestone/Firestone, Heartland Automotive, and Magnolia Enterprise Group.

For more information or to get involved, contact Joel Ayres at joel@aacfi.org.

Chevrolet has named Laura Wontrop Klauser as its newly created sports car racing program manager as the manufacturer continues its shift toward an engineering-based approach throughout its motorsports programs. In her new position, Klauser will oversee the engineering and technical aspects of Corvette Racing on behalf of Chevrolet. Klauser, who resides in Detroit, currently manages the Cadillac DPi-V.R and Camaro GT4.R programs in the IMSA WeatherTech SportsCar Championship.

Caliber Announces the Appointment of Aylwin B. Lewis to Board of Directors

Caliber has announced the appointment of Aylwin B. Lewis to its Board of Directors, effective January 25. Lewis, the former chairman, president and chief executive officer of Potbelly Corp., and a former top executive at Kmart, Sears and Yum! Brands, brings a long track record of leadership and performance to Caliber’s Board of Directors. In addition to the position on Caliber’s board, Lewis currently serves on the boards at Marriott International, Voya Financial and Chef’s Warehouse. In the past, Lewis has held board roles with Halliburton, Kmart, Red Robin, Sears, Starwood Hotels and the Walt Disney Company. As part of Caliber’s board, Lewis will help oversee and guide the company’s 1,200+ service centers that restore 1.5 million vehicles and customer lives each year and support more than 21,500 teammates and the communities they serve.

In past years, BPI has been recognized for excellence by Uni-Select with the Diamond Award, two Golden Ally Awards for sales growth and marketing and the Innovator of the Year Award.

LSI Chemical has announced a new distribution partner located in Luoyang, China. Pioneer New Material Technology Company Ltd. is now authorized to distribute the entire line of LSI Chemical fuel and oil additives in the country. In addition to the company’s own lubricating grease for automotive manufacturing, Pioneer now has access to LSI’s fuel and oil additive technology for the Chinese market and abroad. The news comes after LSI announced NanoTech Petroleum as its new South African distributor.