Jeep is set to add a few three-row SUVs in the next few years, and the Grand Cherokee 3-row seen here looks like it’ll be ready to join the truck-based Wagoneer and Grand Wagoneer.

This is one of the best looks yet at the large SUV, but this time it has dropped significant amounts of camo revealing the headlights and grille. 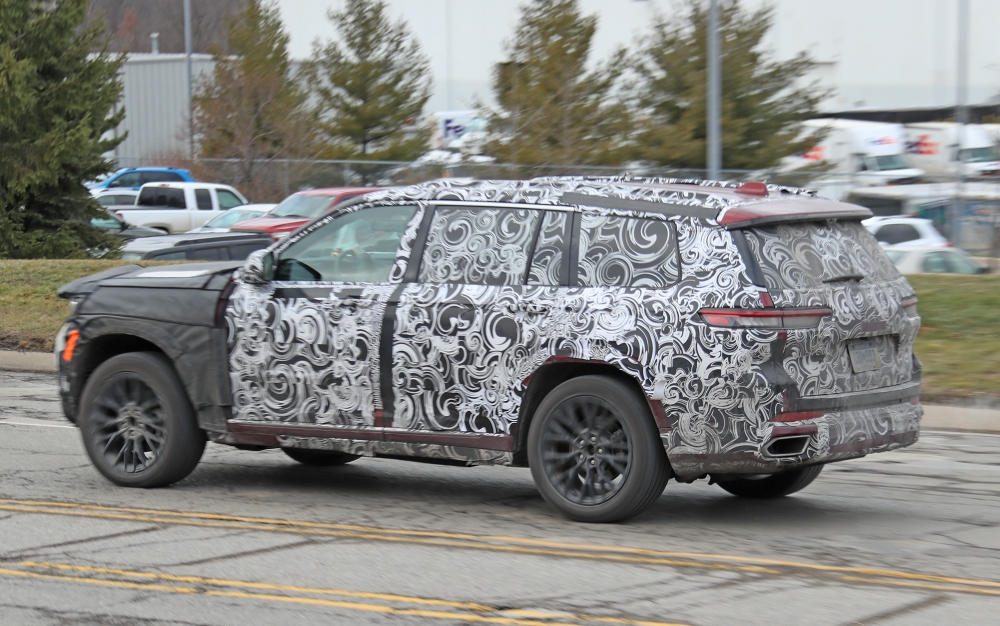 Similar to the current Durango in size, and set to  compete the Toyota Highlander and Ford Explorer,  it's unclear how off-road capability will be compromised by a longer rear overhang.

The new three-row will get the new platform being designed for Jeep that's based on the Giorgio platform used on Alfa Romeo models. It may receive both the current model's 3.6L Pentastar V6 that will likely be updated, and a new 3.0L inline six that will be turbocharged. It will also receive a hybrid system, effectively replacing the 5.7L Hemi V8. A plug-in hybrid (powertrain borrowed from the 4Xe) and turbodiesel models are expected to follow, given they're confirmed for the Grand Cherokee. 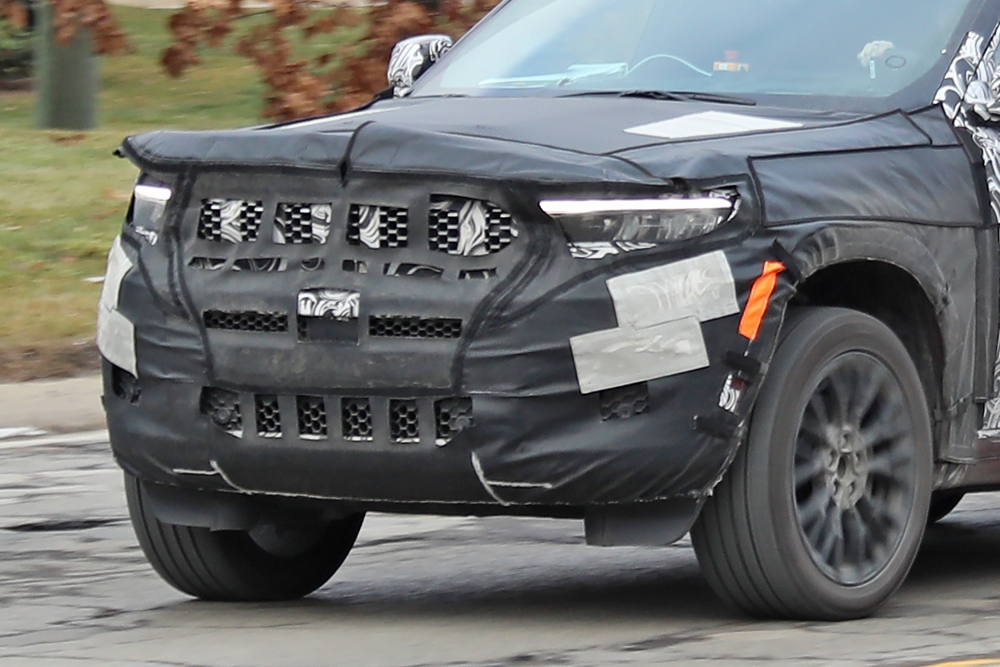 Expect to see the Jeep Grand Cherokee 3-row sometime in the first quarter of 2021.