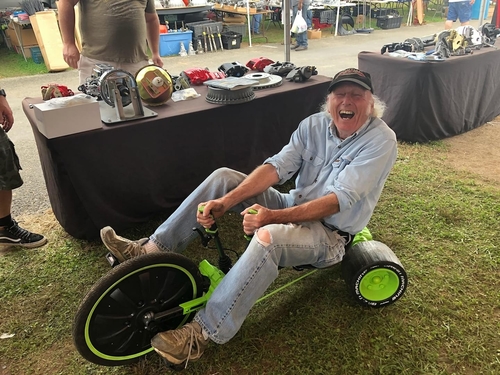 Ames graduated with an engineering degree from Columbia University and immediately went into the National Guard.

Afterward, he worked for a large paper company in Maine. Shortly after, he left Maine to run a machine shop while pursing his passion for drag racing until he was 33. He started in the parts business by traveling up and down the East Coast buying NOS parts from primarily Chevy Dealers. However, there were also Pontiac parts mixed in.

He attended one of the first Carlisle events in the Fall of 1976 with Chevy and Pontiac parts. At that time, he saw how competitive the Chevy parts business was and that his Pontiac parts were also selling well, so he decided to specialize in Pontiac.

In 1980, Ames was asked for a rare 64 GTO part, which made him realize that the demand for Pontiac parts far exceeded the supply of NOS parts that he could find. So he made some connections and started to get these popular items reproduced. In 1983, he compiled one of the first full line GTO catalogs. The first Firebird catalog followed in 1984. A combination of supplying parts readily available from a Pontiac dealer, NOS and high-quality aftermarket items helped set the bar for the industry.

Ames was one of the original founders of SEMA's Automotive Restoration Market Organization (ARMO), and was named ARMO’s Person of the Year in 2007.