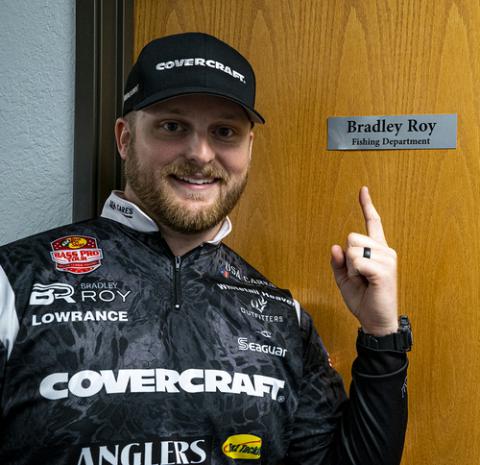 Covercraft has announced its continuation as the title sponsor of Major League Fishing professional angler Bradley Roy of Lancaster, Kentucky. In addition to being a highly skilled angler, Bradley is dedicated to giving back to the community through charitable events and programs. One part of Roy’s commitment to his community is the annual Bradley Roy High School Open fishing tournament. Beginning in 2019, the Bradley Roy Open added Covercraft as the title sponsor. Covercraft branding will again be the focus of Roy’s truck, boat, and jersey for 2021, but the sponsorship goes beyond that.  With the support of Covercraft, Roy will again host a sweepstakes for one angler to fish with him on Lake Cumberland. Covercraft will outfit the lucky winner’s vehicle with their products from bumper to bumper.

NASCAR has announced the 2021 NASCAR Whelen Modified Tour calendar, which includes 14 races across six states from Maine to Virginia. The schedule is a mix of historic staples, the return of a pair of tracks, and an inaugural trip to an upstate New York venue. The 2021 season will open at Martinsville Speedway, Thursday, April 8, as part of the NASCAR Cup Series weekend. It will conclude with the traditional Fall Final race weekend at Connecticut’s Stafford Motor Speedway.

The NASCAR Whelen Modified Tour will also race on the national series weekends at Virginia’s Richmond Raceway on September 10, and New Hampshire Motor Speedway on July 17. Stafford, which has hosted 132 races since the tour began in 1985, will have three dates, including the season races of the season as part of its annual Spring Sizzler weekend.

In addition to the tour’s first race at New York International Raceway in Lancaster, New York, on July 31, upstate New York will see a pair of races at Oswego Speedway — on June 12 and September 4. For the complete schedule, visit here.