Power Automedia is making some changes to the products offered in the upcoming year with the addition of two video podcasts. The two video podcasts, also known as vodcasts, will be hosted on Street Muscle and Dragzine websites as well as most popular video platforms.

Followers of Street Muscle magazine are already familiar with the recurring podcast, RodCAST Live, which began airing episodes in January 2020. Vinny Costa and Greg Acosta take viewers and listeners on an all-encompassing dive into the deep-end of all things automotive with guests ranging from racers to journalists, manufacturers, car builders, industry personalities and more. RodCAST Live airs every Friday at 12:00 p.m. (PST) on the Street Muscle Facebook page and the newly created Street Muscle YouTube channel. It will soon launch natively on StreetMusclemag.com as well as other platforms. For those who are just learning of RodCAST Live and are interested in catching up, previous episodes will be uploaded to the Street Muscle YouTube channel every Tuesday at 12:00 p.m. (PST).

The Dragzine Podcast will transition to a video format, which will utilize the Power Automedia YouTube channel that had been recently rebranded as Dragzine. Episodes will debut every Thursday at 12:00 p.m. (PST) on Dragzine.com, the new YouTube, Facebook and IGTV. 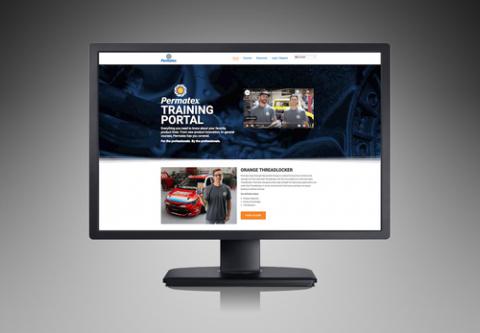 A major component of the portal is a series of informational videos presented by industry professionals, including Permatex-sponsored Formula DRIFT Pro drivers Chris Forsberg, Ryan Tuerck and Dylan Hughes. These educational videos are used to highlight key features and benefits of each product while demonstrating correct application and techniques for proper use. Permatex’s Training Portal allows users to track their progress throughout each course. It also features a library of downloadable sales materials including sell sheets, brochures, and product selection guides.

Harts Diesel and Machine, known for its line of high-performance diesel parts, is expanding with the formation of Harts Turbo, a division focused on street/strip applications. Roger Conley will lead the new division as director of business development. Conley is a 30-year veteran in the high-performance aftermarket. His role will include product development, inventory management and distribution.

Construction has already begun on the Hot Shot’s Secret studios in the Cincinnati, Ohio, area that will be the new home for “The Steve Sommers Overnight Drive” live program. The new studios are scheduled to be fully completed by the end of 2020, as Hot Shot’s Secret is planning to launch the new streaming show in January of 2021. The initial motivation is to get Sommers back on air as soon as possible, with long-term plans of massive distribution. More details on when and where to find the new program are coming soon. For more information about the new five hour live stream talk show, “The Steve Sommers Overnight Drive,” visit www.OvernightDriveRadio.com.

The U.S. Department of Transportation’s National Highway Traffic Safety Administration has announced the progress of 20 automakers toward manufacturing passenger vehicles with low-speed automatic emergency braking (AEB) systems. This is part of a voluntary effort by automakers in collaboration with NHTSA to equip almost all new passenger vehicles with low-speed AEB, including forward collision warning, by August 31, 2023. Ten manufacturers—Audi, BMW, Hyundai, Mazda, Mercedes-Benz, Subaru, Tesla, Toyota, Volkswagen and Volvo—are already installing AEB in all new passenger vehicles, three years ahead of schedule. During the period from September 1, 2019, through August 31, 2020, another four manufacturers—Ford, Honda, Kia and Nissan—equipped more than 75% of their new passenger vehicles with AEB. NHTSA estimates the agreement could make AEB standard on new cars three years faster than could be achieved through the regulatory process.