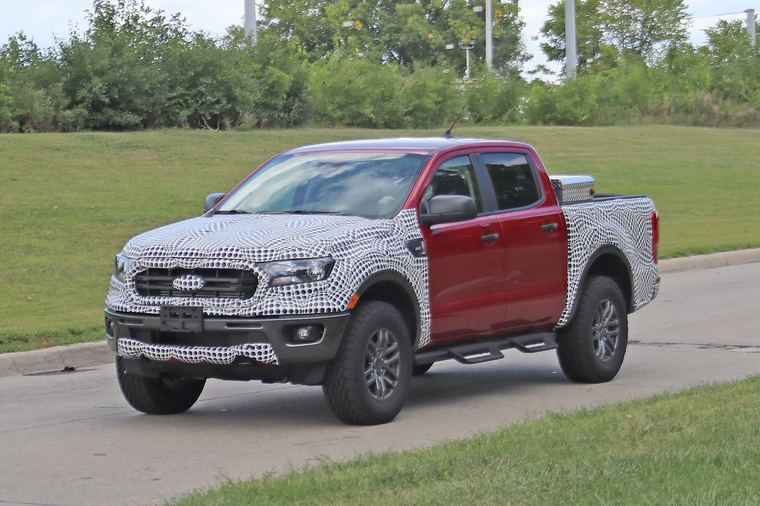 Here’s a prototype of the Ford Ranger testing what is believed to be the Tremor package for the midsize pickup.

The vehicle is wearing some body-hugging camo on the front and rear ends, though there doesn't appear to be much—if anything—different about the body on either end except for a body-colored lower front fascia. The more noteworthy changes reside at the wheels, tires, running boards and lift.

This development prototype seems to be riding on a set of wheels from the international-market Ranger Raptor, wrapped in a set of knobby All-Terrain rubber. A set of high-clearance running boards is also clearly visible, and doesn’t appear like any other type of running board currently offered on the Ranger.

There’s also the question of ground clearance. It’s possible that this model is equipped with a lift, as it seems to be riding just a tad higher than normal Rangers. 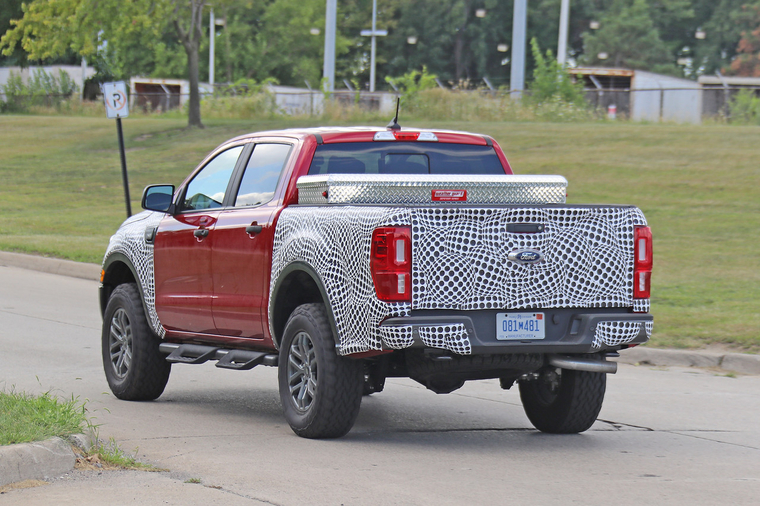