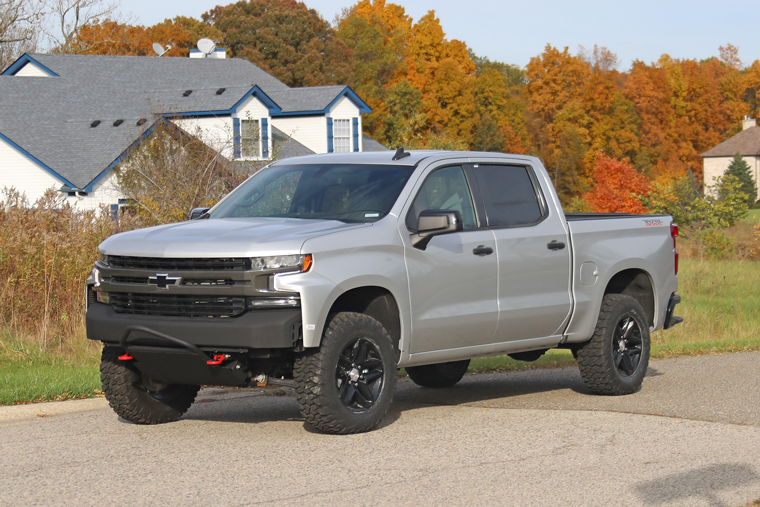 A few weeks ago, reports started circulating that Chevrolet was working on an off-road version of the new Silverado called the Silverado ZRX. These photos are  believed to be an early mule of this vehicle.

In its original report from September, GM authority stated that the rumored Silverado ZRX will slot above the current Trail Boss in the lineup and “feature a more robust suspension, DSSV dampers from MultiMatic, front and rear electronic lockers and modified bumper treatments for improved departure and approach angles.”

The model seen in these photos features a modified front bumper that is noticeably shorter than anything currently offered on the Silverado, resulting in massive improvements in the approach capability. There’s also a piece that juts out from that shorter front bumper. It all looks very much production and the rest of the vehicle appears stock, though it certainly seems to be an early development effort at the Silverado ZRX.

It was also reported that GM had trademarked the ZRX name in both the United States and Canada, lending more credibility to the speculation. 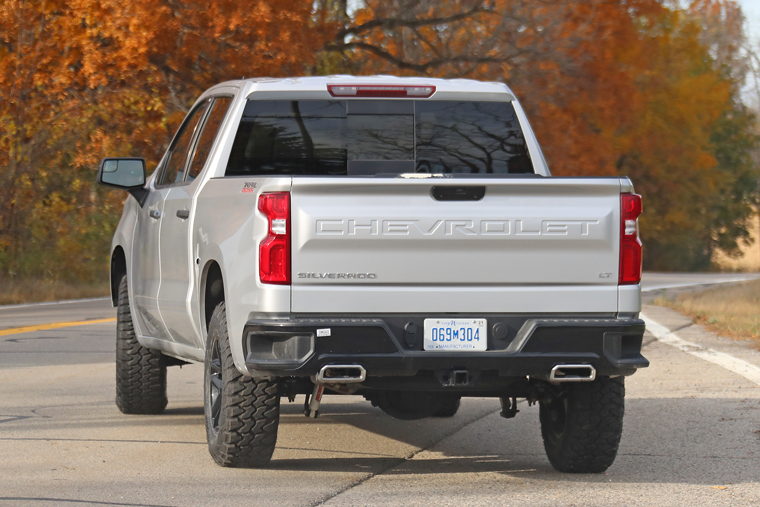