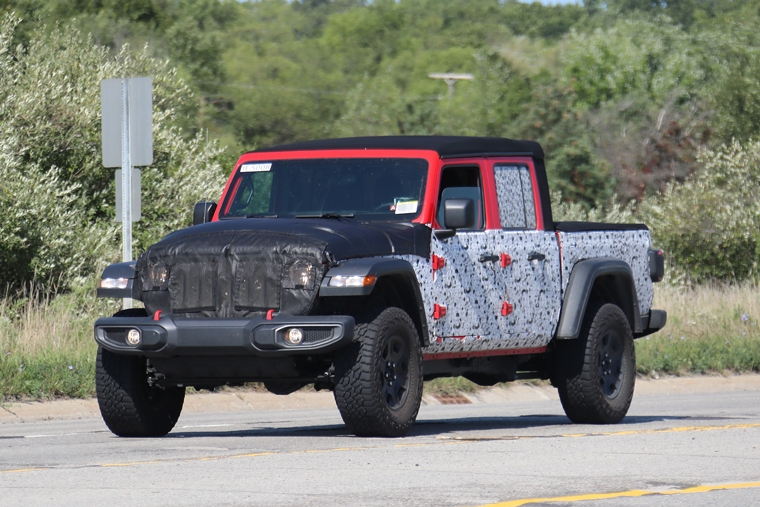 The Jeep Gladiator has to be the most anticipated vehicle to come from Fiat Chrysler Automobiles (FCA) in the past decade. Now that it is here and in the hands of owners, people have been saying that the 3.6L Pentastar V6 is a lackluster powertrain for the new pickup. However, shooters recently caught this Gladiator prototype still heavily covered in vinyl camouflage, and one of many running around the streets of Metro Detroit. The ’20 Jeep Wrangler Unlimited Sahara with the new 3.0L EcoDiesel was caught on public roads without any camouflage whatsoever. At first it was thought that it might be the upcoming 3.0L EcoDiesel V6 model coming in early 2020, but upon closer inspection, there might be a lot more hidden.

The first thing that stands out is the different six-spoke aluminum wheels that are wrapped in Falken Wildpeak M/T tires from the Gladiator Rubicon. By now, FCA usually would test production-spec models carrying the production-spec wheel and tire combinations. Another thing that was eye-catching was the fact that Jeep had “unleaded fuel” written above the gas cap. Diesel prototypes usually have “diesel fuel only” stickers telling the development drivers which fuel to put in; however, being unleaded fuel, this is clearly not a diesel powertrain.

While the vehicle seems to be covered in vinyl stickers, only one part of it is covered in heavy vinyl. The hood looks to have foam underneath, trying to hide a new hood design. So what does this mean? Has Jeep listened to its customers?

According to the latest rumors, a so-called “Hercules” model was widely talked about across numerous sites. This model would be a high-performance Gladiator model to compete with the likes of the Ranger Raptor and Colorado ZR-2. While it is unlikely that the Hercules would be powered by a HEMI, there is the upcoming GME-T6 or Global Medium Engine Turbo Six Cylinder in the upcoming pipeline. Sources have said that high-output versions of that engine could have around 500 hp. 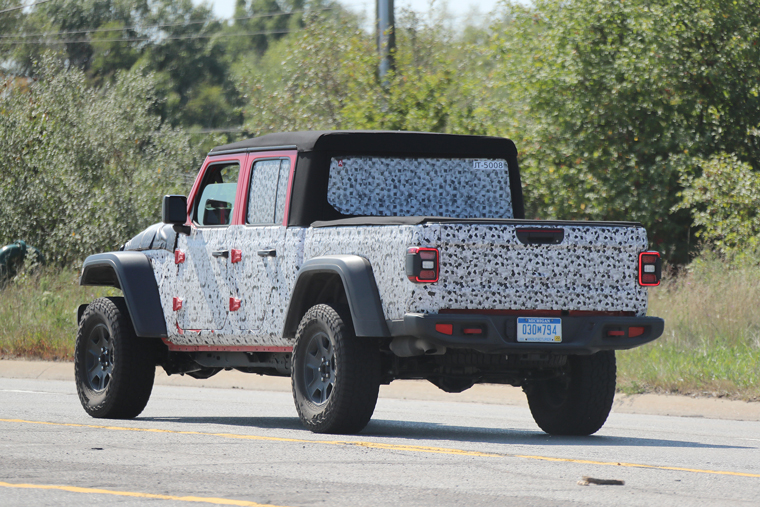