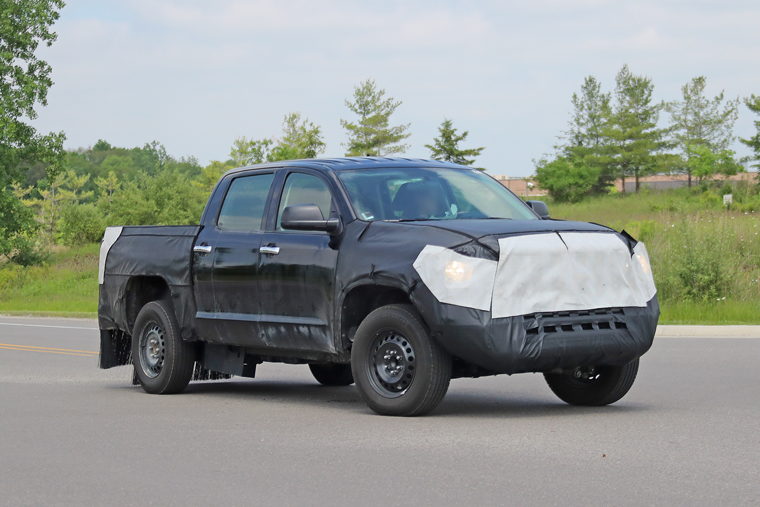 This is a Toyota Tundra prototype undergoing testing in Ann Arbor, Michigan. This time though it seems to be a prototype for the first-ever hybrid variant.

After following this Tundra for about three miles, the familiar Hybrid Synergy Drive hum could be heard followed by the engine kicking on at around 25–30 mph. This truck had pretty narrow tires compared to the Tundra spied back in January.

According to a source, “Toyota’s fullsize truck will use a version of the company’s 3.5L turbocharged V6 engine in combination with an electric motor/lithium-ion battery system. The source says that the system is more powerful for the new Tundra and will reportedly produce in the neighborhood of 450 hp and 500 lb.-ft. of torque, while getting 30+ MPG rating.”

This prototype still has the (street sweeper) camo disguising the rear axle and rear suspension but has added an additional piece of plastic that runs two-thirds of the bed.

Regardless, expect to see a version of the Tundra by the end of this year. 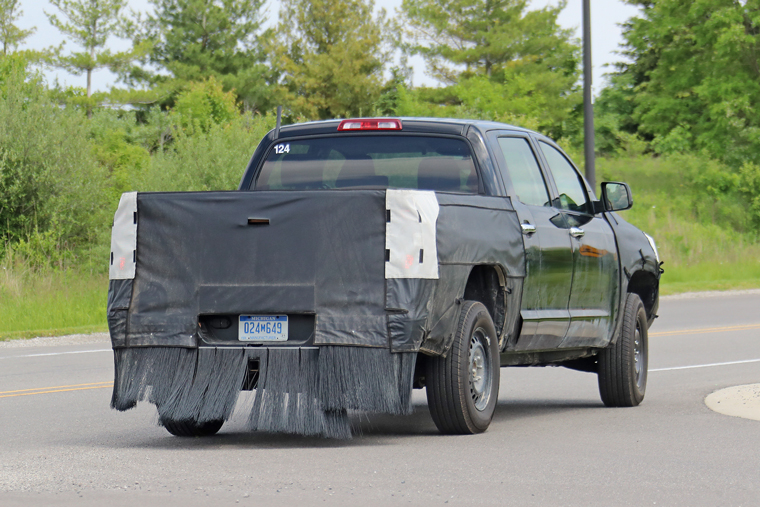