This is one the latest looks ’20 Nissan Titan pictured testing in Farmington Hills, Michigan. Judging by the camo on this Titan, the refreshed truck appears to feature a new grille, headlamp units and a revised lower front fascia. Out back, a revised tailgate and taillights can be expected. 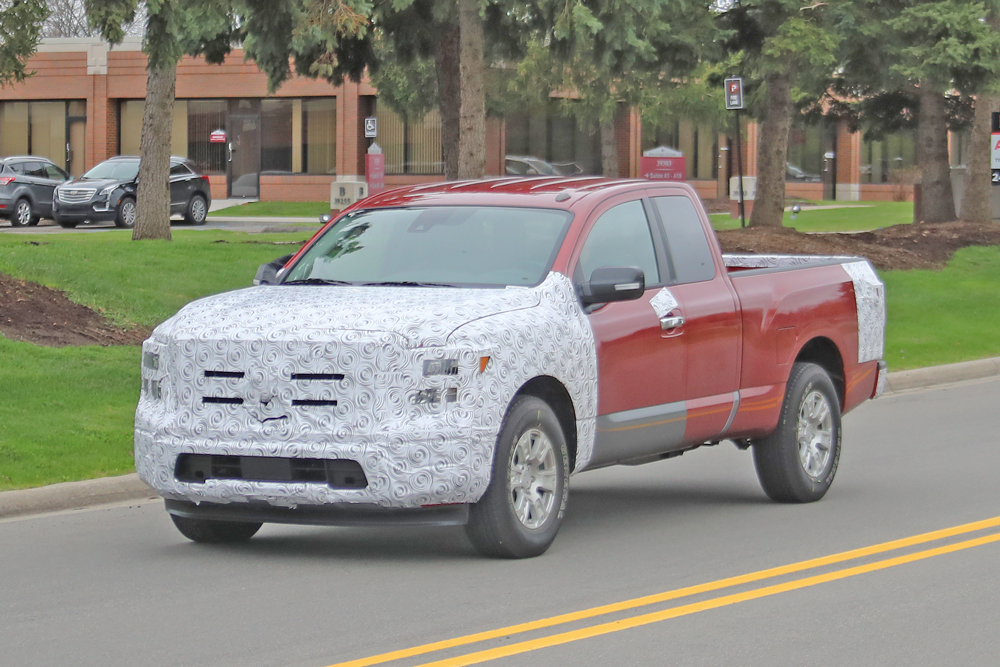 A base V6 is slated to arrive at some point, but it has been pushed back from its original timing of ’17 model year. Details have not been revealed for the engine, though it could be a 3.8L DOHC 24v V6, which will possibly be an up-level engine in the next Frontier. Rumor also has it that the Cummins diesel will be dropped for the ’20 or ’21 model years. An official debut is expected later this year. 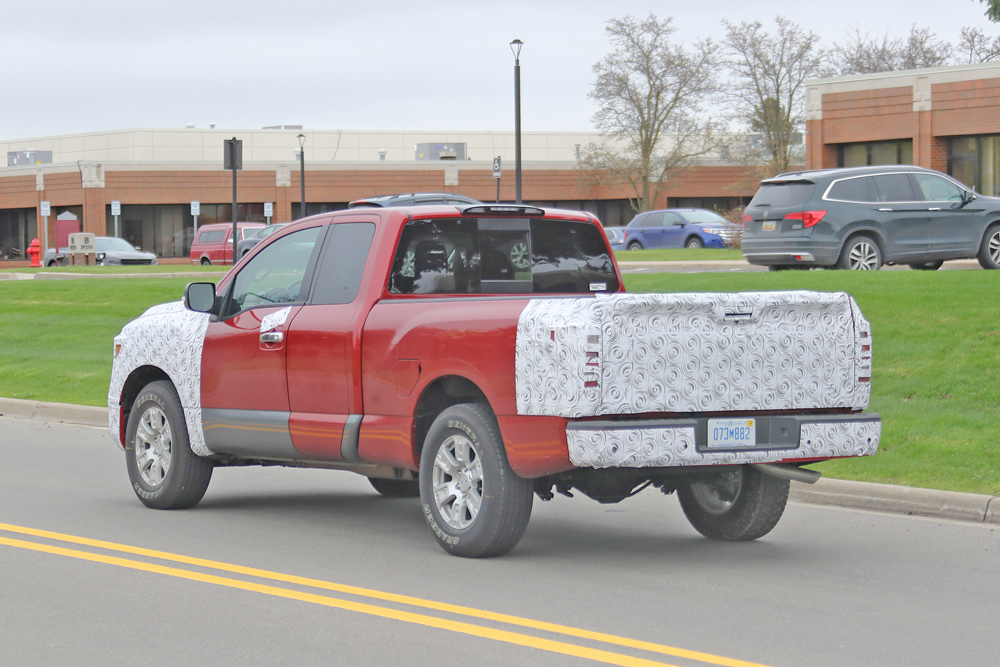