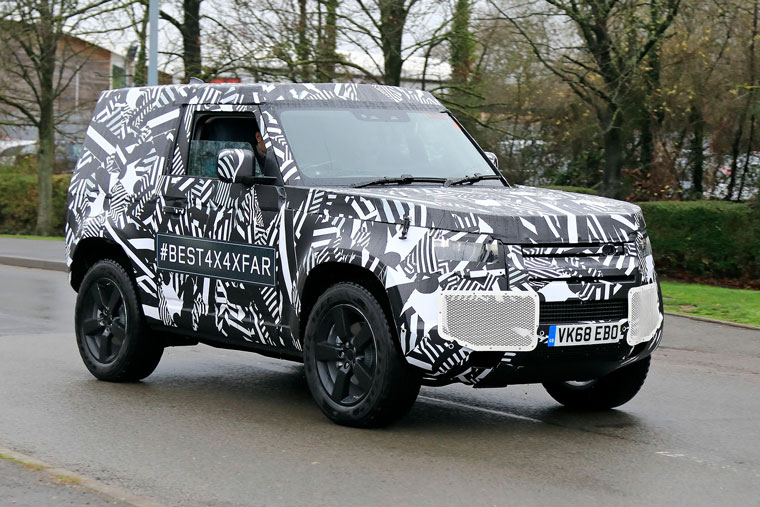 The Land Rover Defender replacement has been spotted in public in the UK. These spy shots show a heavily camouflaged prototype, which is reasonably close to the final product. Previous shots have shown a mule car with a modified Range Rover Sport body on the Defender running gear. The vehicle snapped here is a three-door—the replacement for the 90. The photos have been taken near the Land Rover factory.

Speaking from the 2018 Paris Motor Show, Jaguar Land Rover’s chief marketing officer Felix Bräutigam said: “Our brand is about passion, and it is icons that drive that passion. The truth is the world doesn’t need another premium brand doing what all the others do. These icons are what separate us; at Land Rover, we are rooted in our heritage, and that’s what makes us different.”

The prototype shows a wealth of design cues from the Defender as well as a few from the Discovery and Range Rover families. The offset grille badge has been with the family since 1994. The horizontal radiator grille itself dates from the introduction of the Ninety and One Ten models of 1984. Rear cargo space appears to be short, making a seven-seater a tight fit and a roof rack or trailer a necessity for remote touring—just like the older Discoveries.

Purists will dislike the full independent suspension, especially on the utility models, despite how well the Discovery handles off road; the 2.0L turbodiesel will be shunned by the big engine brigade, even though the Ingenium engine range has proven to be strong performers for a number of years now. There is a high chance the drivetrain will be hybrid electric, if not across the range but as an option. The tapered sides and raked roof aren’t as economical for interior space. Shallower window lines and Alpine Window deletion will take from the bright and airy feel of the Defender.

Bräutigam added, “If we had wanted to recreate the existing car then we could have moved quicker, but it is our view that for an icon to remain an icon it cannot only look backwards, but must move forwards too. The new Defender will move the game on again, and having the benefit for some perspective in order to achieve that should be to our advantage.”

“The one thing I can promise you is that the new Defender will do all that our customers expect of it, without being a copycat of what has gone before. It is a car for the modern world, and that means that it must move the game on if it is to be relevant.” 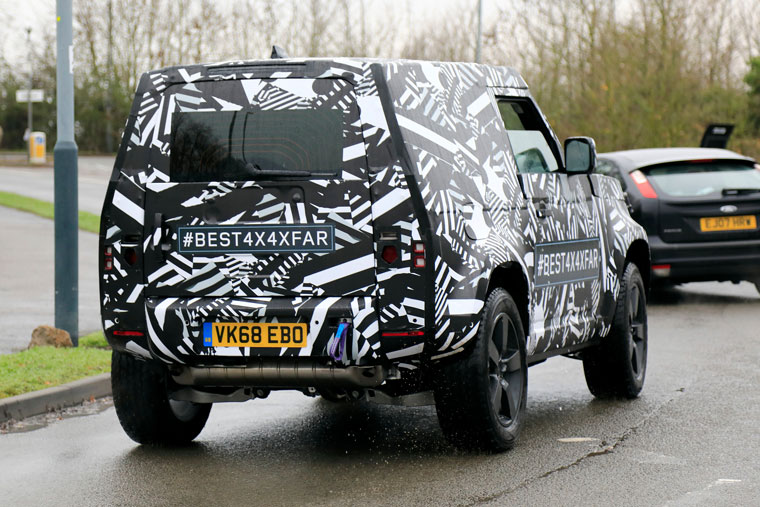