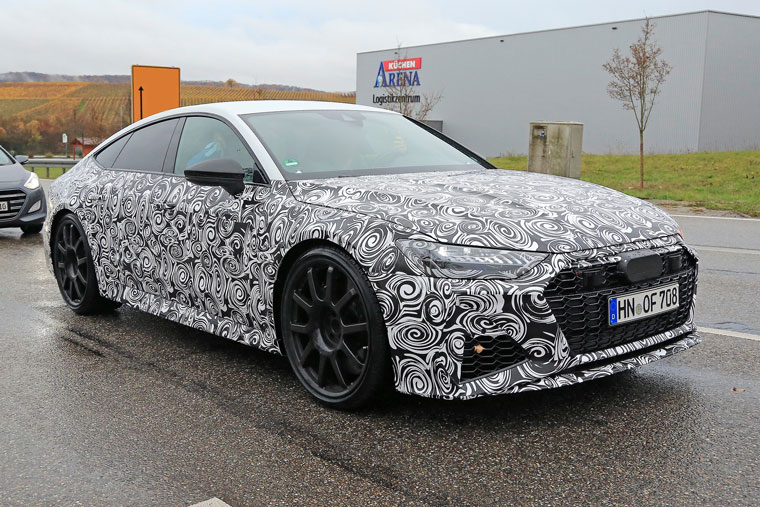 Like the standard A7, the RS7 Sportback is a midsize luxury entry that comes equipped with five doors, four seats for passengers and a rear hatch for cargo duties. While it’s already known what the standard A7 will look like following its debut last year, the upcoming RS7 Sportback can be expected to get all the traditional performance styling cues.

Kicking things off will be a select number of updates to the front bumper, with wider intakes, sharp headlight housings and a more pronounced aero setup. Standard appointment will include LEDs for the forward illumination, while laser headlight elements should be optional. The RS7 will also come with a black honeycomb mesh insert for the front grille, as opposed to the horizontal bars seen on the standard A7 model.

Moving to the sides, there will be massively flared-out fenders. These will be even more pronounced than those seen on the standard A7. The profile view will also reveal the RS7’s coupe-like roofline and more aggressive side skirts. Large wheels will take up residence in the corners, measuring between 20 and 21 in. in diameter.

Under the hood, the ’19 RS7 Sportback is rumored to be equipped with an all-new twin-turbo 4.0L V8 gas burner. It’s a stout powerplant, no doubt about it, and it’s believed that Volkswagen will use it in the new Bentley Continental GT as well.

Mounted in the RS7, peak output could come to as much as 650 hp, besting the first-generation model by a considerable margin.

The boost to 650 hp in the RS7 is exciting, but even more exiting is the rumor that the next model might go hybrid with an even-faster e-tron version. Pulling technology from the Porsche Panamera Turbo S E-Hybrid, the RS7 e-tron could pump out as much 700 hp, making for Audi’s first-ever high-performance hybrid plug-in model. Making that happen will be 150 hp from a lithium-ion battery and electric motor combo, plus 550 hp from the internal-combustion engine.

Per usual, quattro AWD will come as standard, which is pretty much a necessity when making this much muscle. Routing it all will be an eight-speed S-tronic automatic transmission, also equipped as standard. 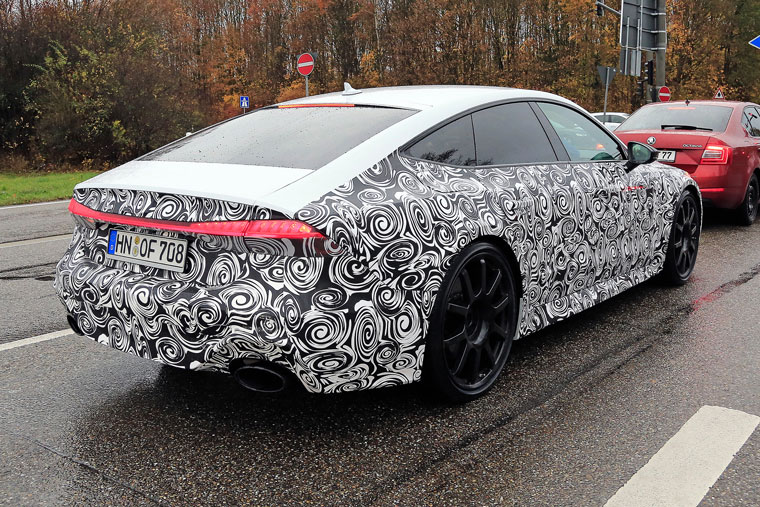