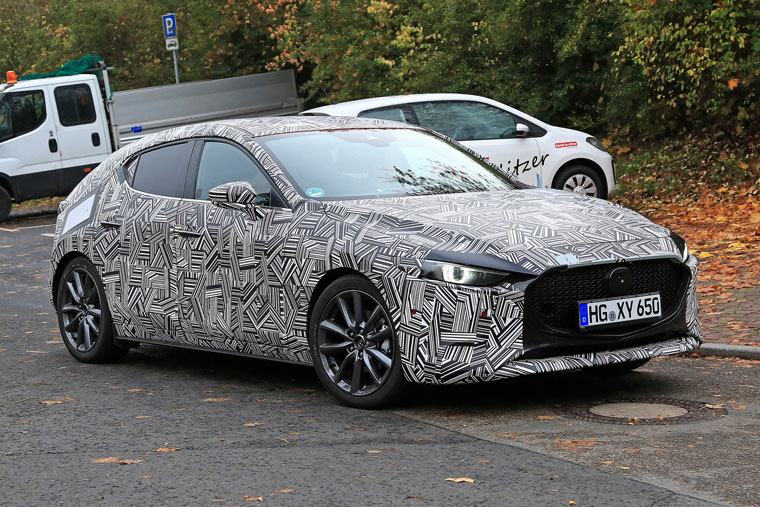 Just a couple of weeks before the official reveal, spy shooters caught the next-generation Mazda 3 testing in minimal camouflage in Germany. The car was a hatchback model and only wrapped in thin vinyl. As a result, it’s clearly visible that the new compact Mazda hatchback looks just like the Kai concept from last year's Tokyo Motor Show.

The car features effectively the same nose and profile of the concept. The main grille is larger than the current model’s, and it leans forward aggressively. The windshield is very low and sleek. The rear portion of the car is dominated by the thick C-pillar that leans far forward, augmenting the car’s athletic stance. The window sill at the rear kicks up sharply, and the rear window doesn't wrap around or bulge out, giving the car a tight, taut shape.

More answers to questions about the Mazda 3 will be given at the end of this month when it makes its debut at the L.A. Auto Show. The powertrain is the biggest mystery at the moment. Mazda showed the Kai with the Skyactiv-X engine, Mazda’s spark-controlled compression-ignition gasoline engine and seems to intend the new Mazda 3 to use it, though it’s uncertain at present if the engine will be ready for the car’s launch. If not, the Skyactiv-X engine, or perhaps in addition to, Mazda will probably use versions of its current engines. It could carry over the naturally aspirated 2.0L and 2.5L four cylinders currently used. The latter may use the cylinder deactivation now used on the Mazda 6 and CX-5. 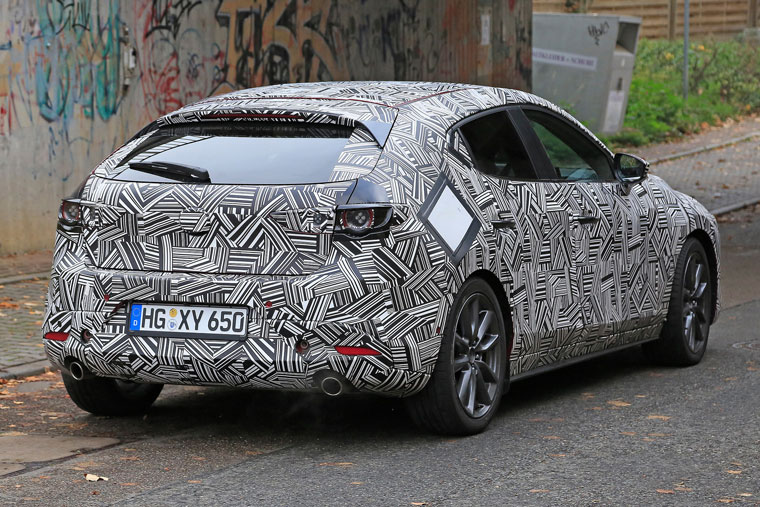