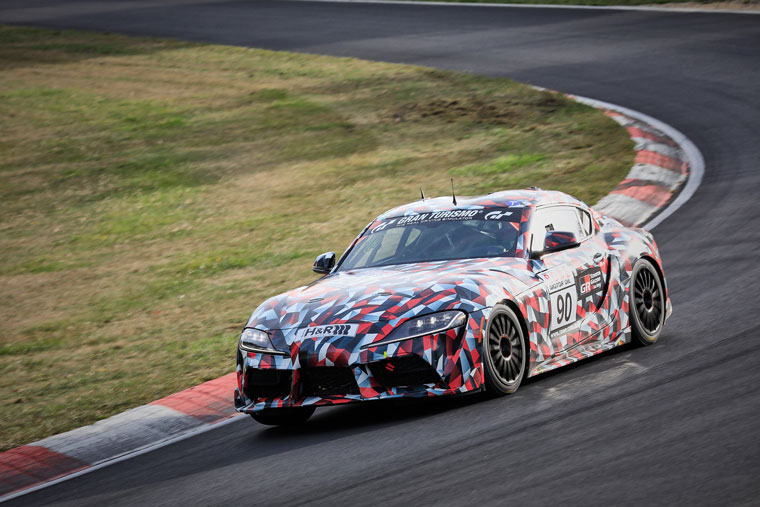 It’s been many years since the FT-1 concept car previewed the return of the famous Toyota sportscar. For a while, it looked like it wasn’t going to happen, but a partnership with BMW saved the day. But with the official debut of the Toyota Supra still being at least two months away, the Japanese sportscar made a kind of semi-official public appearance during a sportscar race at the German Nürburgring last weekend.

Driving as a prototype in the SP8T-class (like Manthey’s Porsche 911 and the Audi R8 GT3 facelift), the Supra had to start in the first group at the end of the field. As it wasn’t really the purpose to win the race, the Supra came in for many pit stops. The Supra is not a GT3 or GT4, but a near-production model, adopted only for racing.

The specs for the two models to be shown at next year’s Detroit Show have been all but confirmed: 265 hp from a base 2.0L inline-4 and 340 hp from the inline-6 engine should be available. And even though BMW says its Z4 roadster sister model is going to be softer, they are keeping the 381hp version of the 3.0L for themselves.

Several low two-door models that have come out in the past few years look like land sharks, especially the Aston Martin Vantage. The new Supra also has that round but pointy nose sticking out past the front of the car and a shape that would cut through the water.

Its purposeful back end is dominated by a large air diffuser that occupies about half the bumper and a ducktail spoiler integrated into the trunk lid. 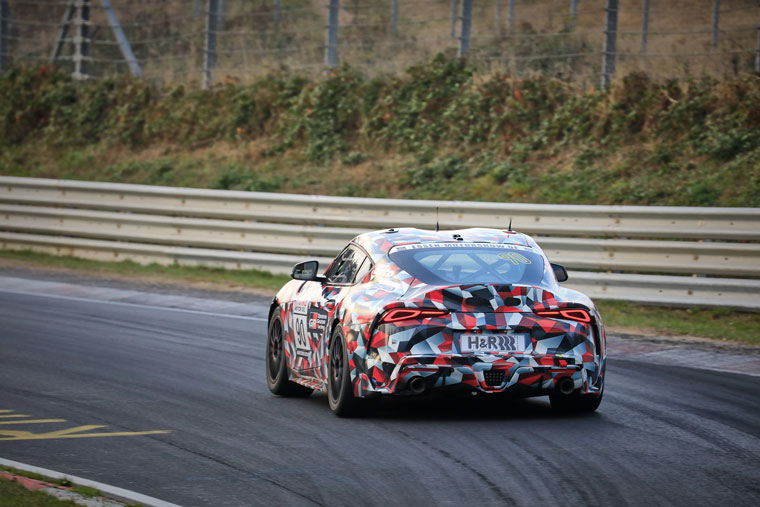