Air Design received three special recognitions at the 2017 SEMA Show. Ford Motor Co. presented Billy Longfellow, vice president of design and engineering at Air Design USA, with the Outstanding Achievement in Design award for its ’18 Ford F-150 and Mustang Ground Effects kit. The team also was a recipient of a SEMA Global Media Award for its over-molding technology present in the ’18+ Ford Mustang carbon-fiber rear-deck spoiler. Air Design, along with Eibach, TSW Wheels, Borla Exhaust and K&N, joined forces for a one-off ’18 Kia Stinger GT with a custom bright-orange paint job. The vehicle, which featured Air Design’s Aerokit, was named “Best in Show” by Cars.com at the 2017 North American International Auto Show.

Centric Parts, a division of APC Automotive Technologies, has announced that Wilson Dias has joined the company as vice president/general manager of its StopTech division. Dias will oversee sales, design engineering, procurement, manufacturing and quality. Greg Woo, recently promoted to president of Centric Parts, made the announcement and noted that Dias is the latest industry executive joining APC/Centric Parts as the company positions itself for further growth in its core business of brake system and chassis components. Before joining Centric, Dias served at Honeywell for more than 13 years in several senior-level capacities, including business director for Turbo/Thermal Products, global business director for Thermal Products and product line manager for Thermal Engineering. Prior to Honeywell, Dias was the OEM business manager for AlliedSignal in Brazil.

CURT Group was presented with the Honda Accessory Performance Award for Operations at the 2017 American Honda Accessory Supplier Conference in Las Vegas. CURT Group was awarded for its commitment and dedication to the American Honda Accessory Operations. According to Honda, CURT has demonstrated the highest levels of performance in all areas of accessory operations, including on-time delivery, field quality, packaging and transportation. Customer service is also noted as playing a factor in determining the recipient of this award.

Big O Tires has expanded its brand in Minnesota, Iowa, Kansas and Missouri, in partnership with Mark Rhee and Western Automotive Ventures. Rhee, an existing franchisee of the Big O Tires brand with 12 locations in Nevada, now owns and operates 56 locations, which were formerly NTB Tire & Service Center locations. 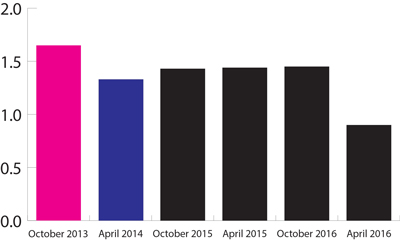