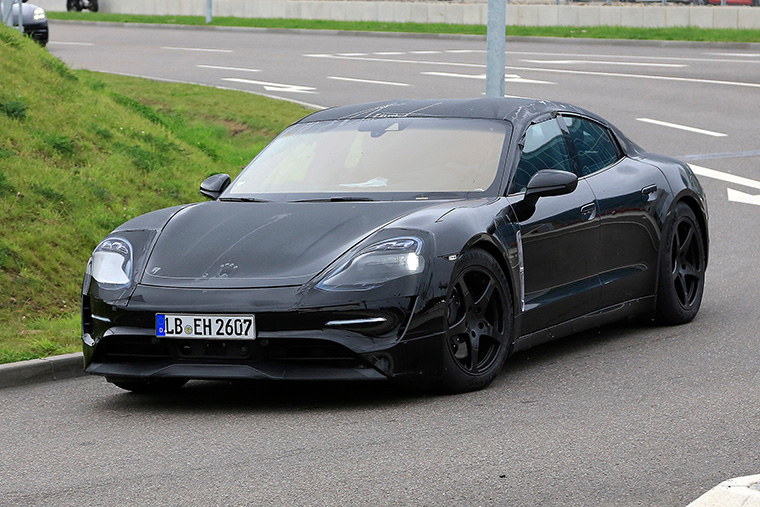 Porsche is in the process of building its first all-electric sedan, the Mission E, and these are the first shots of it. Our spies caught the car testing near Porsche’s facility in Weissach, Germany. Spied trying to hide its true EV intentions complete with fake tailpipes, the Mission E, first introduced as a concept at the 2015 Frankfort Motor Show, is Porsche’s first real step toward an all-electric vehicle in its lineup.

The Mission E will be positioned as a Tesla Model S rival, complete with a battery pack that will reportedly last more than 330 miles. It is said to accelerate from 0–60 in 3.5 seconds, and onto 125 mph in less than 12 seconds. It will also be able to recharge 80% of its driving range within 15 minutes, thanks to the use of an 800V system, rather than the 400V system used on today’s electric cars. Porsche claims to be a front-runner in introducing the 800V system, though it will require a special 800V charge port to achieve those remarkable recharging times. 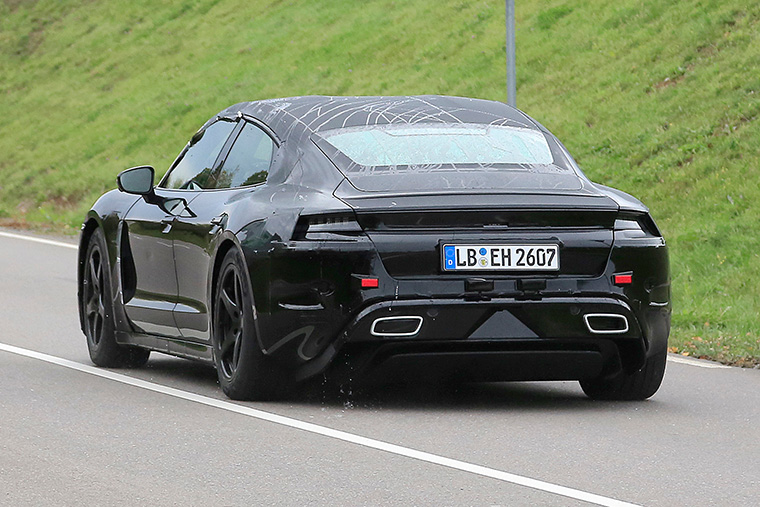