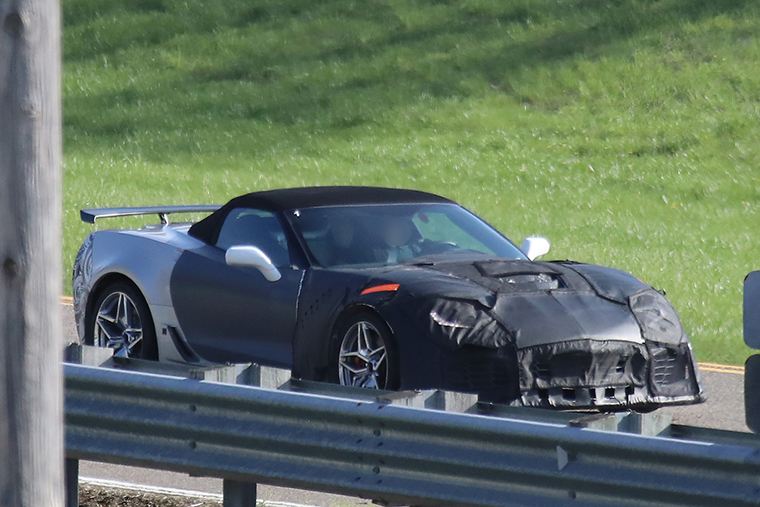 Chevrolet engineers are currently polishing the final details of what is set to become the swansong of the C7 Corvette generation—the ’18 Corvette ZR1, which has been caught in convertible form at GM’s Milford Proving Grounds.

The biggest question revolving around the upcoming supercar has to do with the contents of its engine compartment. Rumors about the heart of the upcoming ZR1 are split, with one of the most likely versions talking about the LT4 V8 animating the Corvette Z06, and the Camaro ZL1 receiving a larger supercharger for the newcomer. Other voices talk about the all-new LT5 DOHC V8, which has been confirmed for the ’18 Corvette, being the engine of the ZR1.

For one thing, the GM confirmation only regarded the 6.2L LT5 powering the ’18 model-year ’Vette, but since this is most likely a naturally aspirated mill, it seems more suitable to the mid-engined C8 Corvette. This theory is not without its questions though, and that’s because the engine will land for the 2018 model year, while the C8 is expected to be introduced as a ’19 model. Regardless of the engine, the ’18 Chevrolet Corvette ZR1 should feature the new 10-speed automatic GM and Ford have developed together. 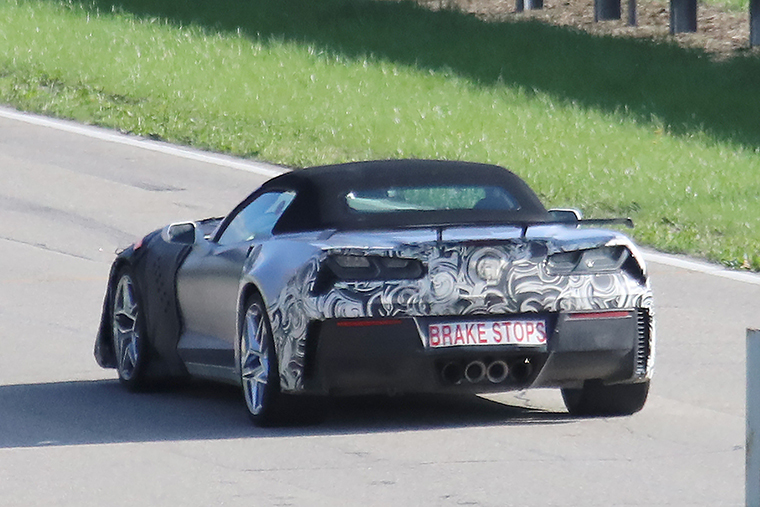