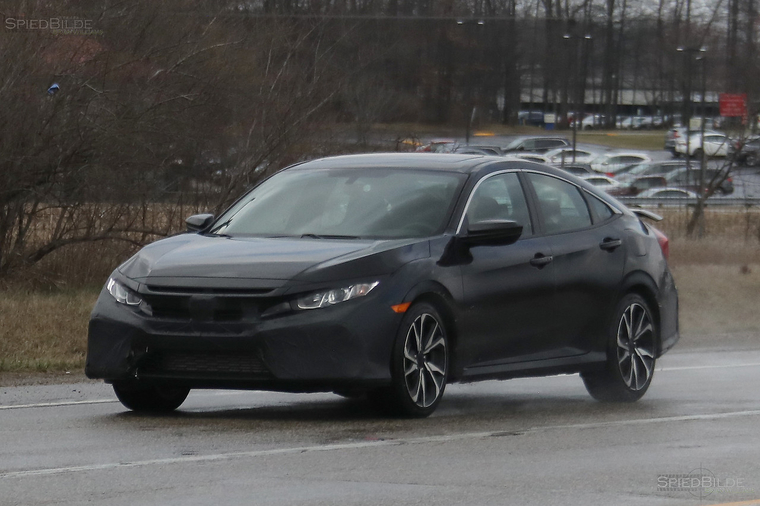 This is the ’18 Honda Civic Si sedan, caught while out on a test drive in Urban Meyer’s backyard.

The Civic Si coupe was previewed in November at the L.A. Auto Show, but the production version has yet to be unveiled. Based on these photos, the Si sedan will look similar to the concept when it hits showrooms. The wheels and wing on this version look a little smaller, but it’s otherwise distinctive compared to a standard Civic sedan.

Honda confirmed in Los Angeles that the Civic Si would get a higher-performance version of the 1.5L turbo four offered in other Civics and special styling tweaks, limited-slip differential, and active steering and suspension. Power figures were not disclosed, but bet on at least 200 hp.

The Si will be available in coupe and sedan formats when it goes on sale later this year. Expect a production version to be shown this spring, more than likely in New York. 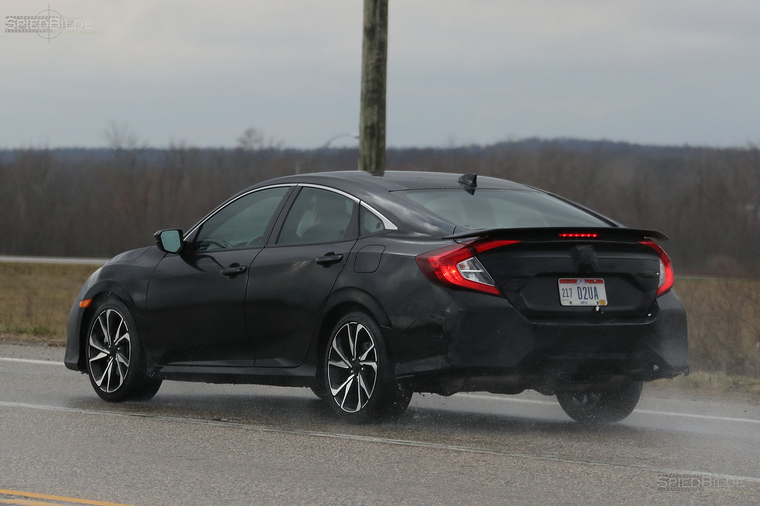