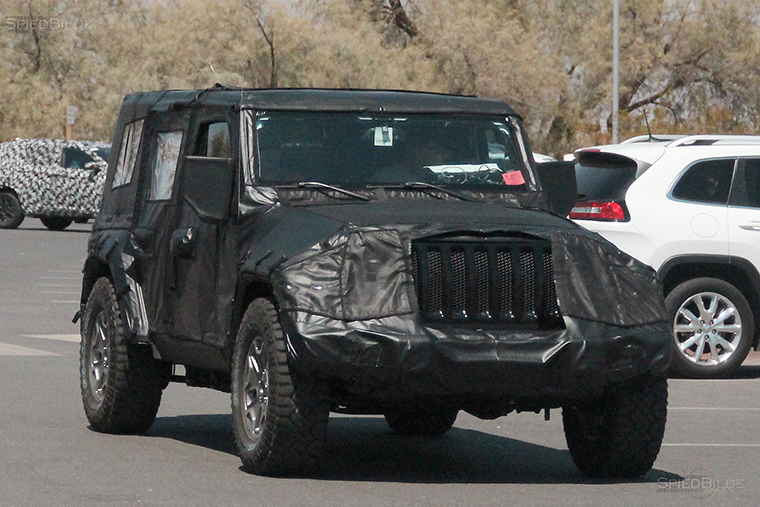 This is the ’18 Jeep Wrangler, caught testing with a lot less camo.

With a significant amount of camo removed from the side, it appears the new Wrangler will be a mild evolution from the current Wrangler. A lot of the significant updates still remain shrouded in camo, but at least one new feature—a backup camera—is a first for the Wrangler.

Underneath, there will be significant amounts of aluminum in the name of weight reduction, although the body will be mostly made of steel. The Pentastar V6 and eight-speed automatic will be the mainstream powertrain, although the big news will be a 3.0L V6 turbodiesel, and a four-cylinder “Hurricane” engine. A hybrid powertrain has also been rumored.

The Wrangler should appear this year at the New York International Auto Show and go on sale by this fall. 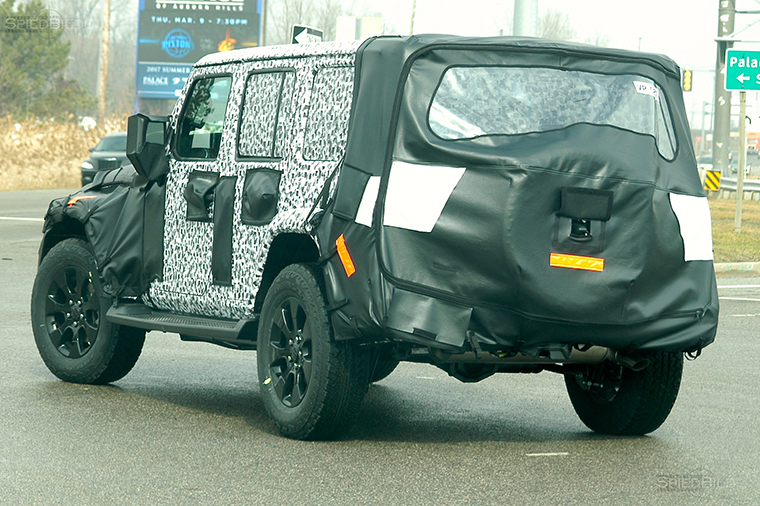