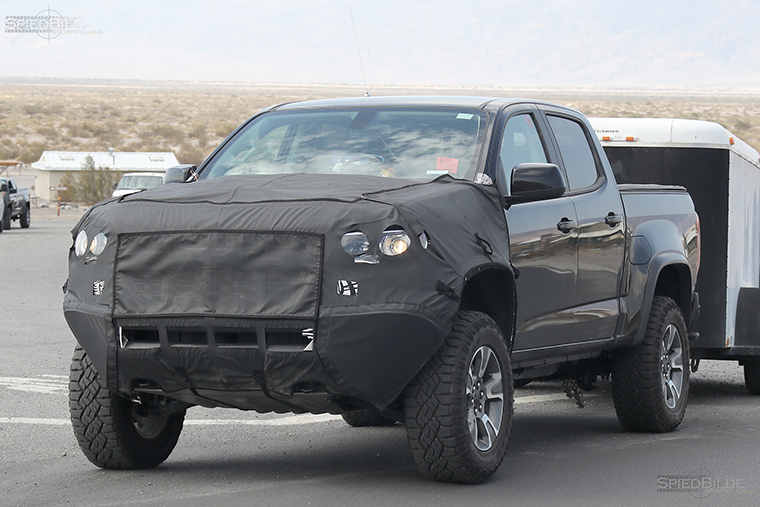 This is the ’17 Chevrolet Colorado ZR2, caught testing in Death Valley, California, and ready to get up close and personal. Although the Colorado ZR2 has been shot at least a few times, these test drivers were a little more aggressive than normal.

An off-road-oriented variant will be the latest Colorado—a surprise hit that rejuvenated the midsize pickup segment. Like the concept that was shown in 2014, the production ZR2 gets revised front and rear designs with more aggressive wheel arches and reduced overhangs. There will also be large off-road tires fitted and beefier shocks to cope with more rugged terrain.

Expect the ZR2 to be mated to either the 3.6L V6 or the 2.8L turbodiesel. Interior revisions are likely to be modest, though.

The ZR2 should appear by the end of the year. 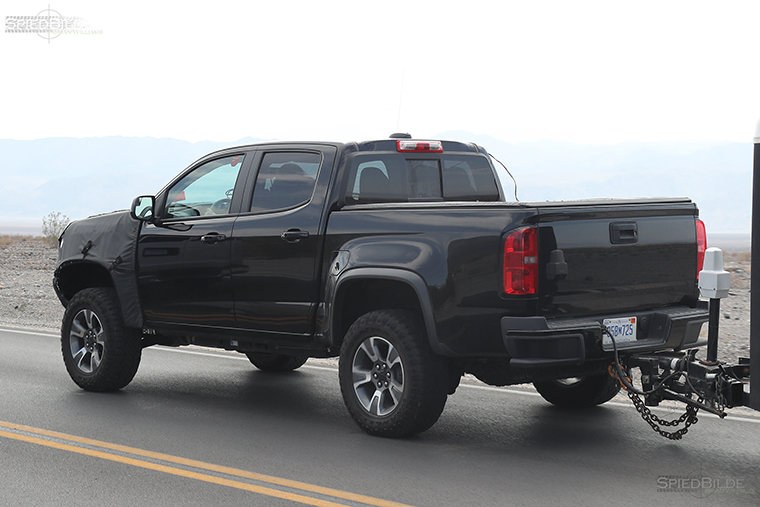