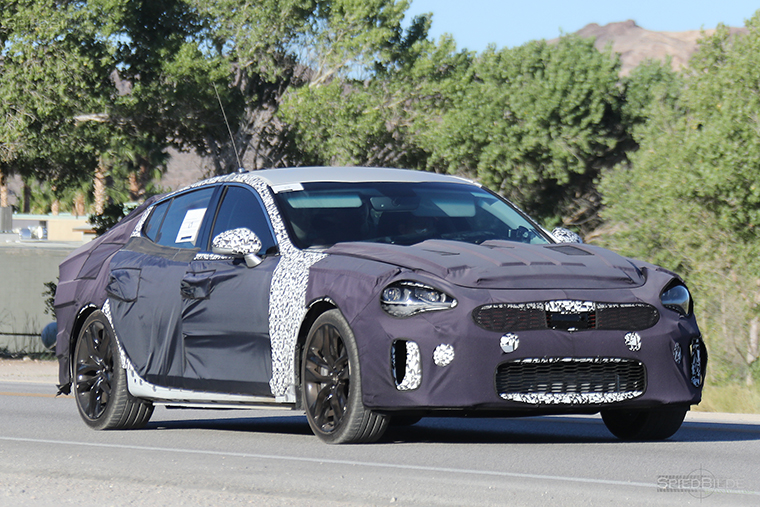 These photos are confirmation that the KIA GT will be a liftback/hatchback.

Previewed as the Kia GT concept back at the 2011 Frankfurt Motor Show, Kia appears to still be moving forward on their rival to midsize luxury coupes and sedans after confirming production in 2014.

Under heavy camouflage, the Kia appears to keep similar proportions as the concept car and cover a footprint not unlike that of the current Hyundai Genesis (G70). Expect it to also borrow some design cues from the Kia GT4 Stinger concept, which debuted at the 2014 Detroit Auto Show.

The production GT should keep the same themes as the concept, while targeting cars, such as the Audi A7 and Mercedes CLS, but probably closer to the Volkswagen CC in price. The Hyundai’s Genesis sedan should provide the RWD chassis as a starting point, with similar powertrains as in the upcoming G70 and G80 sedans, such as the 3.3L turbo V6 that’s based off of the one in the concept car. All-wheel drive is also a given. 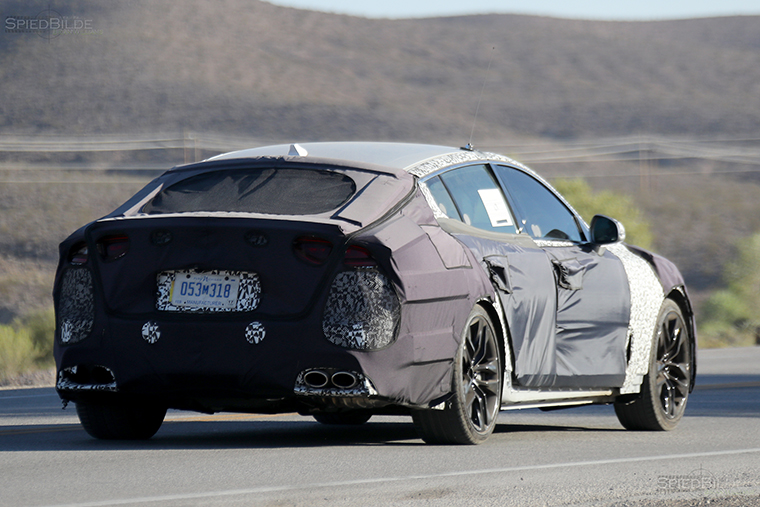