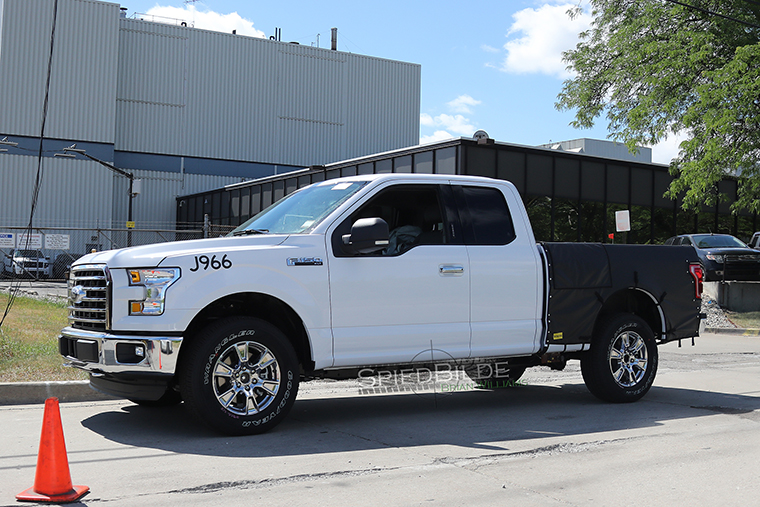 Spy photographers bring further proof of a ’17 Ford F-150 with a turbodiesel engine destined for sale.

Caught earlier testing on Michigan roads, this emissions certificate on the prototype truck indicates it will be a 3.0L unit, rather than the 3.2 that’s offered in the Transit. The JFC1-3.0-966 on the sticker is the emissions calibration code. The JFC1 is the control unit catchword, ironically the same catchword used in the ’04 Taurus with a 3.0L. The 3.0 is the engine displacement, and the 966 is the last three digits of the vehicle tag number.

This further confirms that Ford will use the Lion V6 found in Jaguar Land Rover (JLR) products, such as the Range Rover. The engine was developed while Ford still owned JLR.

The F-150 Diesel is also identified by the diesel venturi exhaust tip. An earlier video confirmed that it sounded notably more diesel-like when running than the EcoBoost V6s that are already offered on the truck.

Ford will be gunning after the RAM 1500 EcoDiesel, which uses an Italian 3.0L V6 and eight-speed automatic, for fuel economy victory. Whether or not the F-150 Diesel (which may also have a different name when it launches) will debut with the facelifted F-150 series is uncertain, but it should come equipped with the new 10-speed automatic jointly developed with GM and going into the ’17 Raptor.

Expect to see the diesel-powered F-150 by next year. 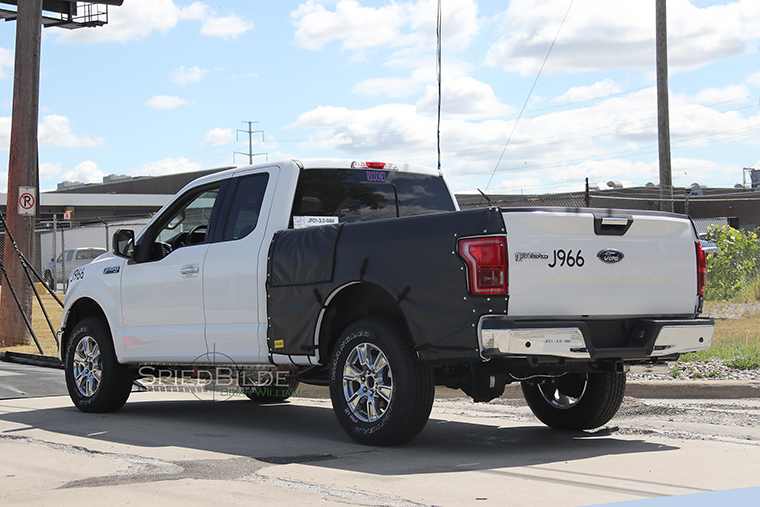