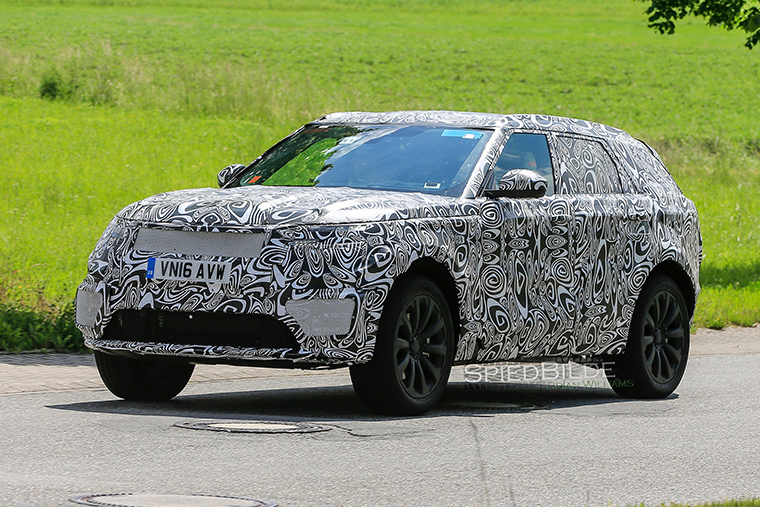 Range Rover’s next new model will break fresh ground by moving the brand into sportier and more road-biased territory with a luxury $85,000 model pitched at the BMW X6. The new model, code named L560, could be named Range Rover Sport Coupé. It has been known for some time that a Range Rover was being developed that shared its alloy chassis with the Jaguar F-Pace, but the make-up of the model has been kept secret.

Three years ago, when the Brits revealed Land Rover’s “three-pillar” brand strategy—Defender, Discovery and Range Rover—the Sport Coupé was referred to as “Evoque XL” and positioned between the Evoque and Range Rover Sport. Today, insiders continue to refer to it as Evoque Plus while publicly denying that any such production model exists.

Many details of the new Sport Coupé remain secret in the build-up to its launch, which is expected next year.

However, spy photos show a new model that will set new standards for Range Rover’s styling, interior and road-focused handling, the last of these coming courtesy of the F-Pace’s suspension and lightweight aluminum body. Range Rover’s first battery electric vehicle may also be spun off the new model.

Land Rover is understood to be developing a new look for the Sport Coupé to exploit the sporty, long-bonnet proportions of the F-Pace. At around 15.5-ft. long, the new Range Rover will also be a little smaller than the 16-ft. X6 and GLE Coupé.

The cabin is expected to be more intimate than those of current Range Rovers and echo the layout of the BMW X6 and Mercedes-Benz GLE; it’s being designed around a luxurious four-seat layout. A 2+1 rear seat with a fifth seatbelt will be on the options list. The cabin will be more like a cockpit than any previous Range Rover and feature a dramatic sloping roofline and tight rear overhang.

The rear doors will be reduced to minimal openings in the search for the most elegant styling possible, while the luxury-quality interior is understood to introduce new materials and finishes. The target market will include an “urban cool” group of buyers, and the palette will be chosen with them in mind.

Powertrains will be drawn from the extensive JLR range of six- and eight-cylinder diesel and gasoline engines, but it is not yet clear if the new Range Rover will feature the four-cylinder engines that are available in the Jaguar F-Pace. It could also feature the all-electric powertrain that JLR is developing for its I-Pace EV, which should be seen next year and will help JLR hit a new Californian target of 15% fleet mix of battery-electric vehicles between 2018 and 2025.

However, because many buyers will live in mega-cities in Europe, the United States and Asia, Range Rover is expected to offer a hybrid powertrain, possibly based on the 340bhp 3.0 SDV6 HEV in the Range Rover Sport.

Another crucial decision to be made is the name of the new car. In many ways the new Range Rover would be more deserving of the “Sport” name than the current seven-seat model that wears the badge. Range Rover won’t discuss this key detail, except to confirm that the existing Sport will keep its name. 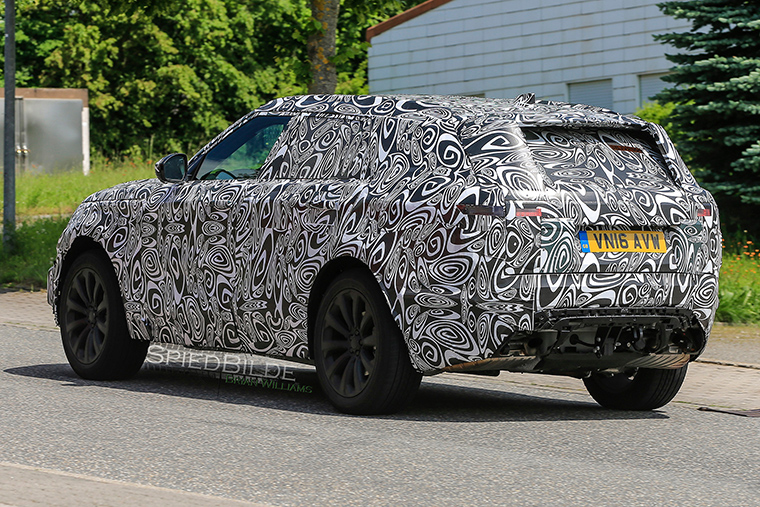