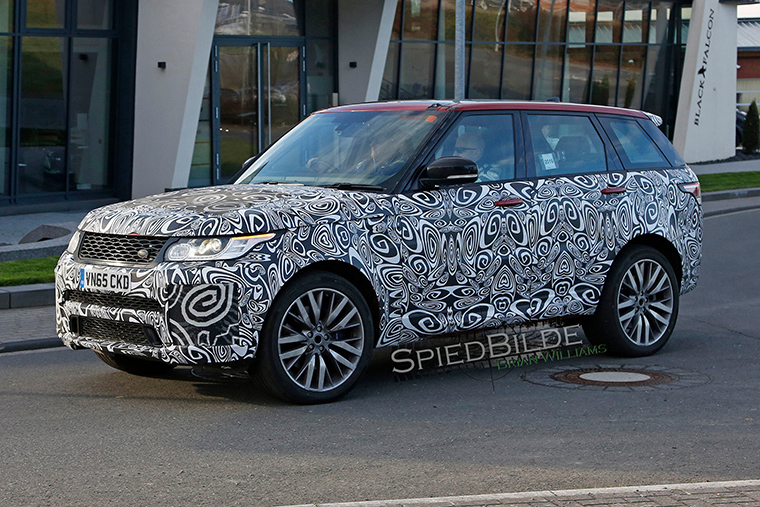 Land Rover is already making changes to the Range Rover Sport—an SUV that’s barely two years old and many would consider to be up-to-date. The second-generation RR Sport made its debut in March 2013 at the New York Auto Show. Since then, it's been constantly upgraded: tweaked gearboxes, a hybrid engine and the SVR performance model. Even the latter is now up for a slight makeover. This half-camouflaged prototype was spotted testing near the Nürburgring racetrack in Germany. It's the first time photos of this SUV have been taken, and they are quite revealing.

The mid-cycle facelift focuses mainly on the front-end look, probably trying to make the 2.2-ton vehicle appear sportier and more elegant. The new design language features a couple of vertical air intakes to the side of the bumper and a grille that looks like a frowning face.

The upper grille’s mesh has been changed, while the clamshell hood now has a recessed area in the middle—a first for any Range Rover. Changes are a little less obvious at the back, but it might be too early to say so.

The Range Rover Sport has a full range of engines that includes everything an SUV needs. So, everything is likely to be carried over with emissions and fuel-consumption tweaks.

Considering the typical lifecycle of a Range Rover SUV is around eight years, it’s expected the updated Sport model will be revealed in late 2016 as a ’17 model. 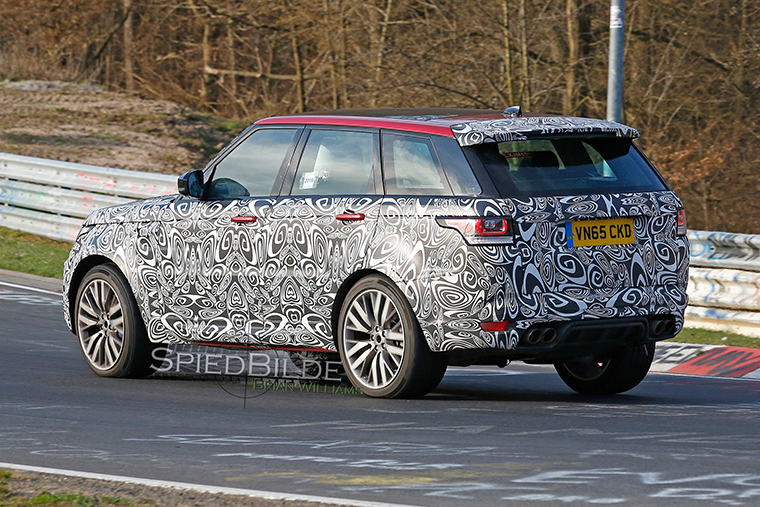