This is the ’16 Chevy Cruze LT sedan, caught testing outside of Milford. 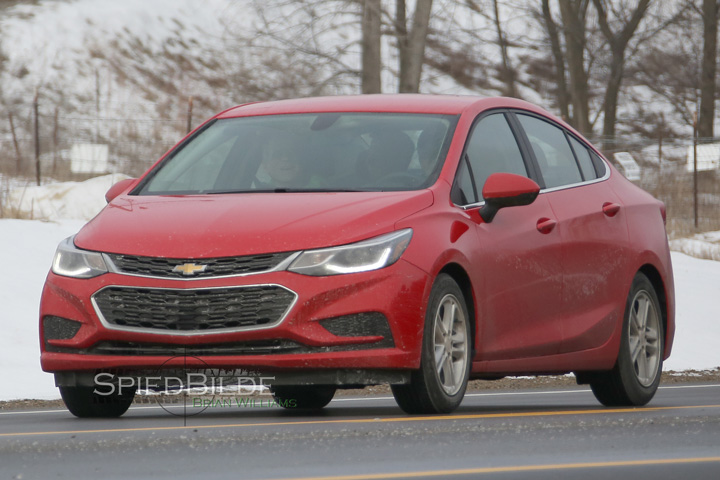 The mainstay of the Cruze lineup, the LT sedan, is pictured here uncovered and less adorned than the highly optioned Premier models. Modest 17-in. wheels and less chrome are modest highlights; however, the sedan will make up the majority of Cruze sales, providing plenty of options for aftermarket upgrades.

The Cruze gets a turbocharged engine standard, a 1.4L with 153 hp with higher performance and efficiency than before. The six-speed automatic that most models will have also gains stop-start technology, which is still unusual in this class. The Cruze four-door should be on sale soon, with the five-door hatch recently revealed in Detroit joining the lineup at the end of the year. Diesel and hybrid models are still planned for 2017. 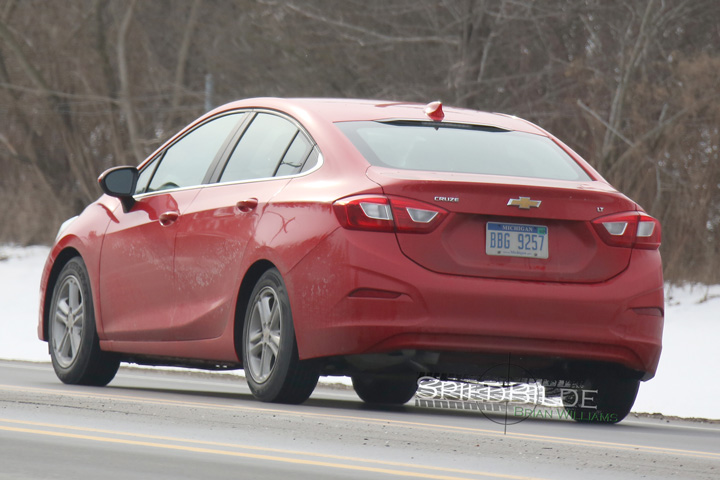