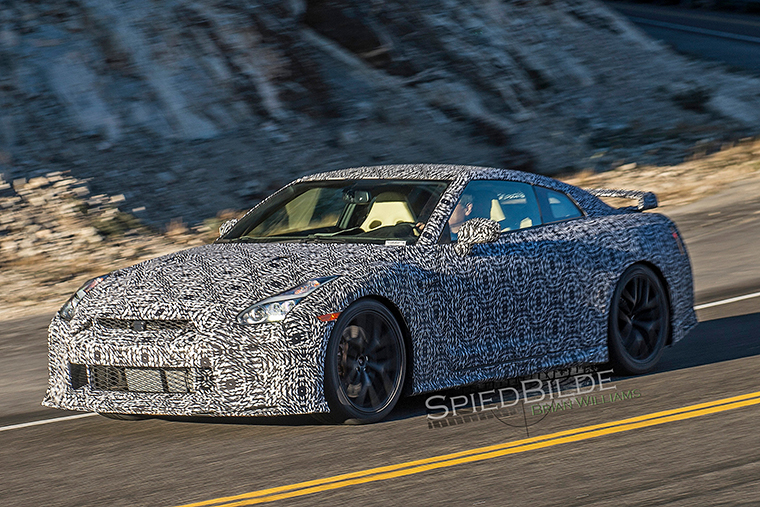 This is the ’17 Nissan GT-R, which has been around since 2007 in its current form. However, Nissan has consistently refined it with more performance and better dynamics. Caught testing in California, an upcoming round of revisions appears to include moderate styling revisions to the existing car. A totally new GT-R is rumored to be coming no sooner than 2018, so this set of changes should be substantial enough to hold the car over until then.

Up front, there's a totally revised front fascia with a deeper and more aggressive air intake under the grille. More changes are seen at the rear, however, with new LED lights, a revised bumper cover and a generally sharper, more angular look than the existing car.

The current GT-R produces 545 hp, with the NISMO version turning out 591. It stands to reason this updated model should push 600 hp from the 3.8L twin-turbo V-6.

Expect to see this GT-R sometime in 2016, with a fall on-sale date. 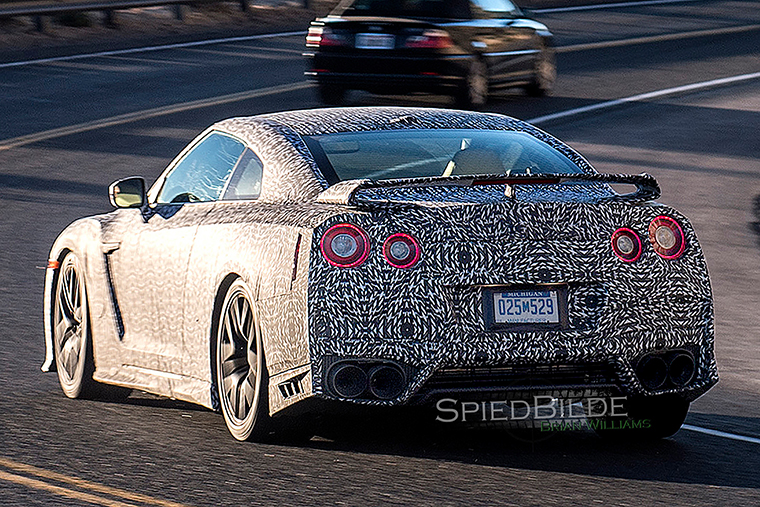