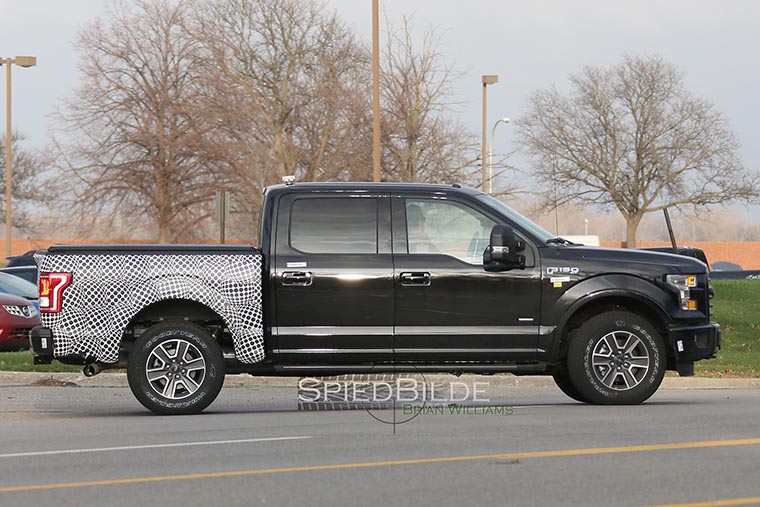 This is the Ford F-150, caught testing in Dearborn with a camo'd bed, Venturi exhaust tip and, of course, a new 3.0 V6 diesel engine.

Not wanting the fuel economy crown to go to the Ram 1500 EcoDiesel among full-size pickups, Ford is preparing to introduce a turbodiesel to the popular (and aluminum-bodied) F-150 line.

While logic might dictate Ford would use the 3.2L five-cylinder Power Stroke diesel that's been federalized for the Transit line of vans, insiders say the company will use the Lion V6. This 3.0L unit is basically what Jaguar Land Rover has just introduced to Americans in the Range Rover and Range Rover Sport Td6 models, with 254 hp and 443 lb.-ft. of torque.

The diesel is also slated to use the new 10-speed automatic that debuts in the ’17 Raptor. That may push its efficiency higher than the Ram's and into the 30 mpg territory, which would also beat the figures offered by the recently introduced Chevy Colorado and GMC Canyon four-cylinder turbodiesels. 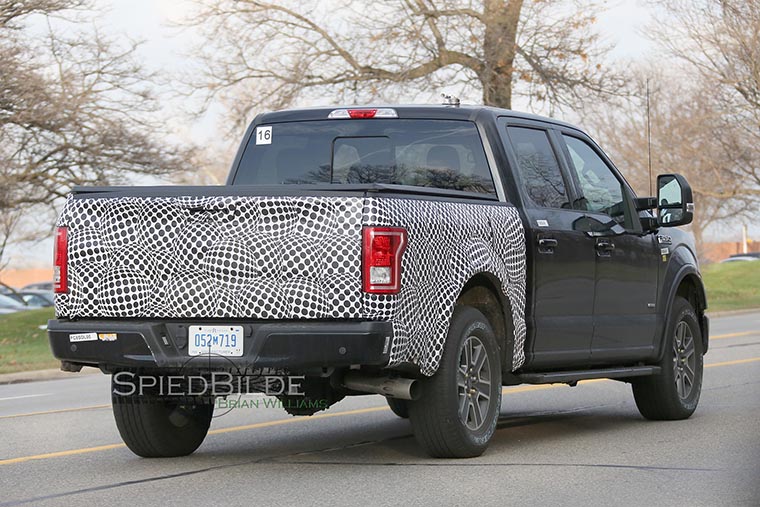