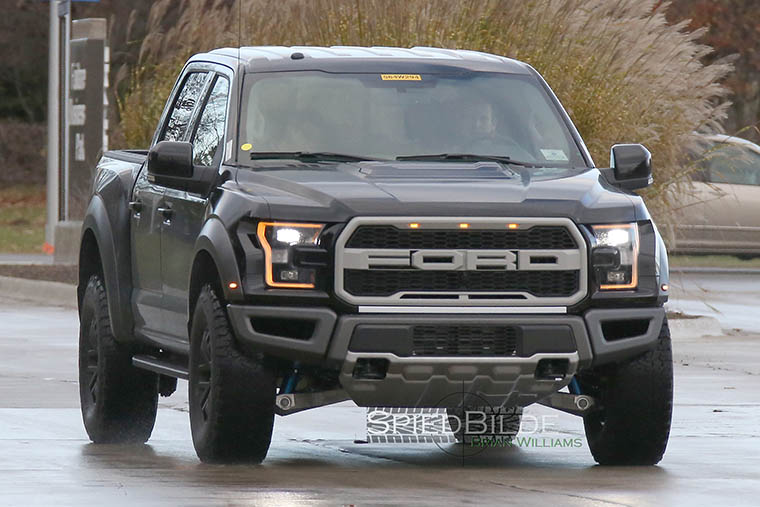 This is the ’17 Ford F-150 Raptor, caught in both cab configurations rockin’ a silver-painted grille—the first time a Raptor grille hasn't been black.

The production version of the Raptor has been seen before, but this is the first time all of the variants have been spotted. As before, both an extended cab and full four-door crew cab will be offered. As expected from its first showing in January at the Detroit Auto Show, the Raptor gets a wildly more aggressive front than any of the current F-150 models.

Ford said when the truck was previewed that the ’17 Raptor would get a special version of the 3.5L Ecoboost V6 with around 450 hp to replace the 6.2L V8 found in the old model. The Raptor will also be one of the first vehicles to receive a new 10-speed automatic transmission being developed by Ford and GM, and planned for the rest of the F-150 line in the next few years.

The Raptor will also get off-road-oriented modifications, such as Fox racing shocks and meaty off-road tires. Ford will further add a terrain management system to help keep the Raptor moving in tough conditions.

Plan on seeing the new Raptor in showrooms by summer 2016. 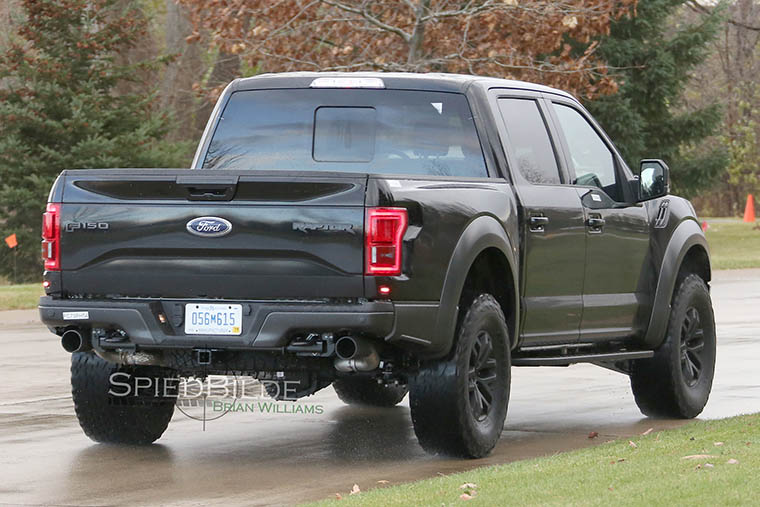