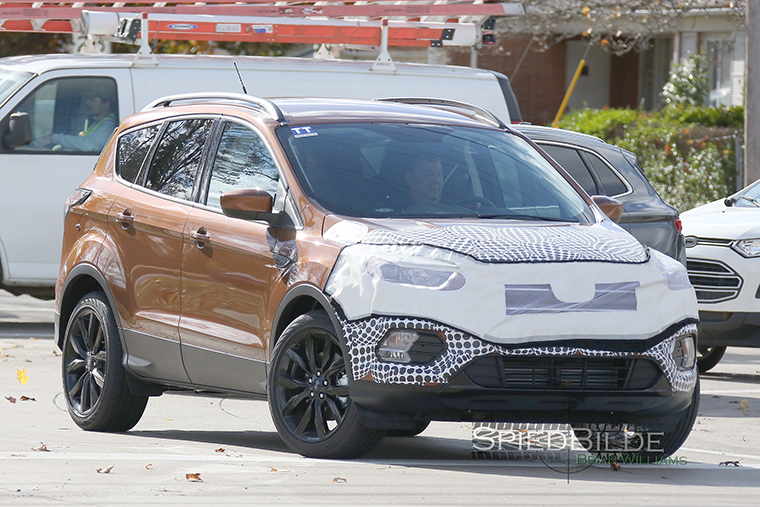 This is the ’17 Ford Escape caught testing with barely any camo. It's a mild-to-moderate refresh of the popular compact crossover and a staple of the Ford lineup. Changes to the exterior include revisions to make it appear more like the latest Fords, including the midsized Edge crossover. Up front, we can see that it will be graced with an all-new front clip, which includes a new grille, headlights and fog lights. Out back, it gets an all-new tailgate with new taillights, and looks a little reminiscent of ’06–’10 BMW X3.

Inside, the Escape will get a new interior along the lines of other recent Fords, such as the facelifted ’15 Focus. A larger center screen is expected to house SYNC 3—the replacement for MyFord Touch. Physical controls will also replace the touch-capacitive audio controls on the current model. Other revisions will likely include materials upgrades.

Powertrains are likely to continue with a 2.5L and 1.6L and 2.0 Ecoboost variants all mated to a six-speed automatic.

The new Escape will be shown either at the end of the year or early in 2016, and go on sale shortly after. 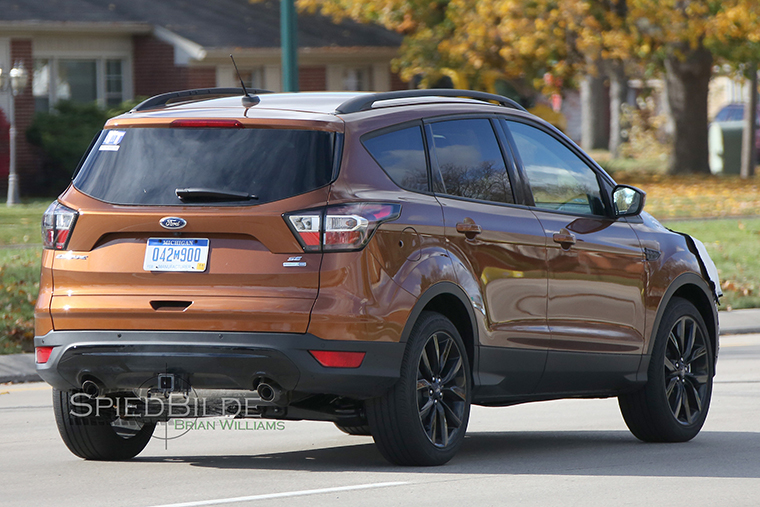