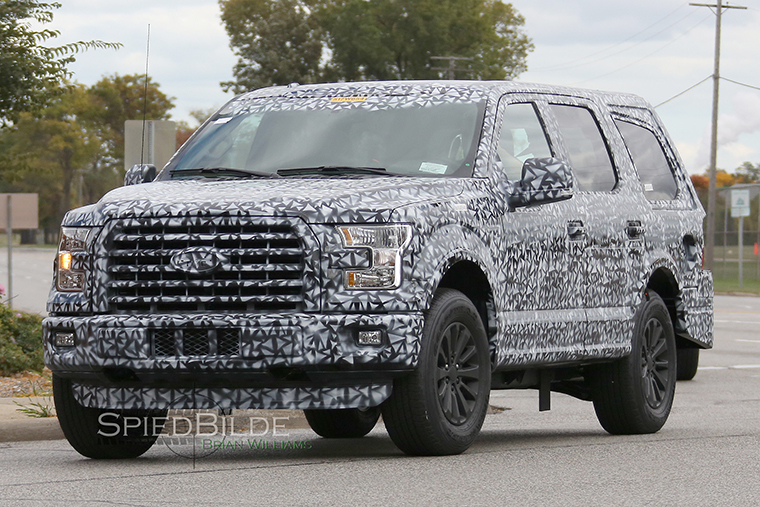 Spotted with an F-150 nose, the next-generation ’18 Ford Expedition is expected to use much of the aluminum-intensive structure that debuted on Ford's full-size truck for 2015. It will allow the full-size SUV to do battle with GM's line of SUVs and meet more stringent fuel-economy standards and compete with a host of modern technologies introduced on Ford's volume truck.

It's widely expected the Expedition will take on the look of the F-150, largely a refinement on the outgoing model, and keep the same rough external and internal dimensions. The independent rear suspension will continue to give Ford's fullsize SUV an edge over Chevy and GMC rivals.

Inside, the Expedition should also look like its family, incorporating the latest technology features and Ford's SYNC 3 infotainment. Self-parking assists and advanced safety tech should also be part of the package—likely an important piece for the Lincoln Navigator sibling.

The 3.5L Ecoboost V6 from the current facelifted Expedition, introduced for 2015, should probably continue in the ’18 model. However, other Ecoboost options, such as the 2.7, could also be offered.

Expect the ’18 Expedition, along with the redesigned Navigator, to show up in 2017. 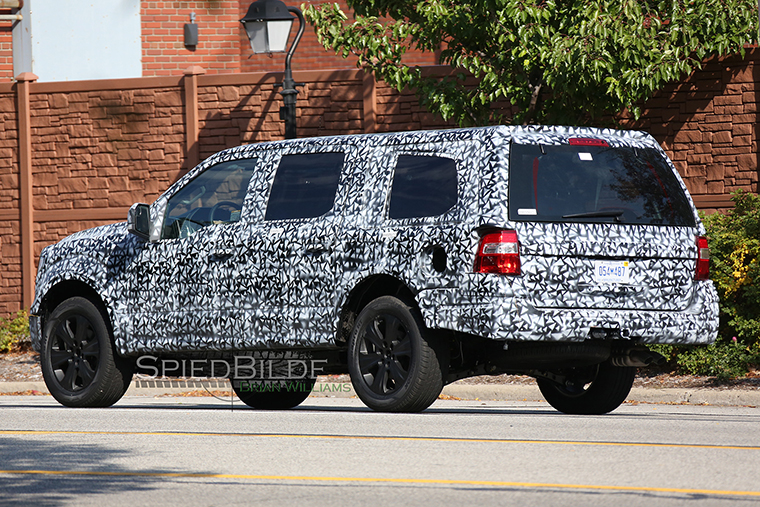