Ben Kaminsky recently joined as operations manager for the new SEMA Garage in Detroit, where he is responsible for the overall management and operations of the 45,000-sq.-ft. facility. His primary goal is to assist members with new-product development and integration.

SEMA News caught up with Kaminsky to learn about his background, his industry experience, his thoughts on the soon-to- open Garage, and its range of unique member services. Following is an edited copy from the original article, which can be found here. 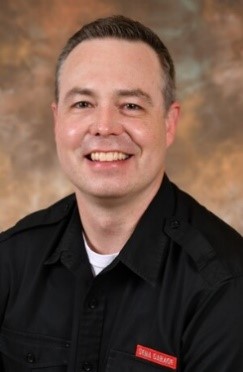 SEMA News: Describe your thoughts upon hearing the news that you'd been selected to head up the new SEMA Garage.

Ben Kaminsky: I was really excited. I've been a part of the performance industry for a long time, and when I think of SEMA, that's what I think of: the performance aftermarket. I was also humbled and honored to be selected to become a part of such a prestigious organization and to lead such a critical new investment for SEMA in Detroit. Detroit is still the beating heart of the automotive industry in the United States, so it's cool to be able to rub shoulders with a lot of folks in the performance aftermarket. I've worked for Chevrolet Performance and Bosch Motorsport, so some of them I've known for years, but there are others I'm getting to know for the first time.

SN: Let's talk about the Detroit Garage—how it's shaping up and what members can expect to see in 2022.

BK: We're looking at what we're calling a 'soft launch,' hopefully in the spring timeframe. That would entail having the office open and staff on hand to man the ADAS (advanced driver-assistance systems) Center. As far as the timeline for the rest of it—emissions testing in particular—we're looking at a summer timeframe and planning on an official opening in August.

SN: Talk about the new ADAS Center and what kinds of services our members can expect from it. As you know, SEMA isn't able to offer these services at the SEMA Garage facility in Diamond Bar, California, due to a lack of needed facility space.

BK: It takes a lot of space to test and calibrate all the different systems on a vehicle. We're looking at rooms that are roughly 40 by 60 ft. All in all, we will have between 4,000 and 5,000 sq. ft. to devote to this work. There will be two aspects to it.

One cell will be devoted to a lot of R&D, learning the new technology—how the vehicle interacts with the various ADAS systems and how we can calibrate those systems. That'll be one room—call it the "white paper" room—where our research and learning goes on.

We're also going to promote awareness—to let the aftermarket know that ADAS isn't going away. The number of equipped vehicles with some form of these systems is doubling every two years, and this trend is only going to continue to increase.

The second aspect is understanding how to deal with this technology with modified vehicles—if it can be properly calibrated and how. That'll be the second room. For members who are dealing with ADAS calibration issues, we're going to be buying a bunch of the most popular equipment from the aftermarket that's available today and try to coach the members on how to interface and use the most popular ADAS calibration tools. That's some of the coaching we'll be offering the SEMA membership.

But there is still a lot to learn with ADAS technologies and how modified vehicles interact within it. We anticipate there will be different answers for different OEs. We are also seeing the ADAS technology evolve so quickly that those answers will morph over time. Regulatory oversight and strategies could also drastically change the landscape and approach to this. Long story short—we are excited to get the facility up and running and begin to dig in.

SN: What about dynamic testing? We understand that SEMA is partnering with a local track facility to affect that.

BK: When we say 'dynamic testing,' in this case for U.S. OE purposes, you basically plug the factory service tool into the OBD-II port and 'tell' the vehicle that it needs to calibrate. Then you drive the vehicle until it 'learns' enough to tell you that it's comfortable with the new parameters, and the calibration is done. By contrast, most of the European and Japanese OEs primarily rely on static testing for their vehicles. Some select vehicles even require both static and dynamic testing.

At the moment, we do not have a specific partnership set up. We are, however, looking at various options on how we can consistently, accurately, and cost-
effectively complete validation and regulatory testing. Again, we are looking forward to doing the research to provide these sorts of options for our membership.

SN: Talk a bit about the new emissions testing facility. The Detroit Garage will be able to offer types of emissions testing and CARB certification that aren't available in Diamond Bar, as with ADAS testing. From what we understand, SEMA Garage Detroit is going to be like Diamond Bar on steroids, is that right?

BK: That's a good way to describe it. Diamond Bar has done a really great job of laying the groundwork from an emissions point of view. They've managed to forge a great relationship with the California Air Resources Board (CARB), which is key for manufacturers who need that CARB Executive Order to sell in California, so we in Detroit are kind of standing on the shoulders of giants in that regard. SEMA has also built relationships with the OEs and OE suppliers, and we'll be looking to expand our relationships with these companies. Detroit is still the Motor City, and most of the major OEs and OE suppliers have some form of presence within an hour's drive of our new facility.

Emissions testing and verification is a very expensive procedure, and one of the things that the Detroit Garage can do involves using a four-wheel chassis dyno for testing. We'll have the capability to run two-wheel, four-wheel and all-wheel-drive vehicles on both the emissions and mileage accumulation chassis dynos. We can also test hybrids and EVs should we need to.

The chassis dyno for mileage accumulation will be an in-ground, "in-the-pit" setup, so we can conduct a vehicle prep to go into the emissions test cell and also do horsepower verification for components such as air intakes. We'll also be able to accommodate a lot more vehicles, since our total square footage is more than double the size of the Diamond Bar facility.

Finally, there's the location. Folks who are east of the Rockies may find it more difficult to get to Diamond Bar with a vehicle than to drive to Detroit for testing, so it's a good location for people on the East Coast as well.

Ben Kaminsky, SEMA Garage Detroit's new operations manager, comes to SEMA from General Motors, where he worked as a design release engineer. He has years of experience in emissions testing, racing and performance across both OE and aftermarket platforms. He's even built cars for the SEMA Show and for the cover of Car & Driver.