Getting to Know Ben Kaminsky

SEMA recently announced the hiring of Ben Kaminsky as operations manager for the brand-new SEMA Garage Detroit ahead of its opening in 2022. In his new role, Kaminsky will be responsible for the overall management of services and facilities at the 45,000-sq.-ft. Garage to assist members with new-product development and integration.

Prior to joining SEMA, Kaminsky worked at General Motors (GM) as a senior design and release engineer. He oversaw the design, development, validation and release of Chevrolet Performance air intakes, exhausts and components for use in performance applications. He also worked closely with GM emissions compliance and legal groups to ensure that engineering hardware development and release processes consistently delivered products that met and exceeded regulatory requirements.

Prior to GM, Kaminsky worked at Bosch Motorsport in a variety of roles ranging from senior technical engineer to hardware development manager. He directed a department of engineers to develop hardware components for the professional racing industry.

SEMA News talked with Kaminsky recently about his background, his industry experience, his thoughts on the soon-to-be-open Garage, and its range of unique member services. What follows has been edited for clarity and length.

SEMA News: Describe your thoughts upon hearing the news that you’d been selected to head up the new SEMA Garage.

Ben Kaminsky: I was really excited. I’ve been a part of the performance industry for a long time, and when I think of SEMA, that’s what I think of: the performance aftermarket. I was also humbled and honored to be selected to become a part of such a prestigious organization and to lead such a critical new investment for SEMA in Detroit. Detroit is still the beating heart of the automotive industry in the United States, so it’s cool to be able to rub shoulders with a lot of folks in the performance aftermarket. I’ve worked for Chevrolet Performance and Bosch Motorsport, so some of them I’ve known for years, but there are others I’m getting to know for the first time.

SN: Tell us a bit about your background and how you gravitated toward a career in the automotive industry.

BK: I grew up on a farm in Indiana. From a very early age, I loved all wheeled machinery. I used to help my grandfathers and my father run tractors on the farm. Later, when I got into my teenage years, I started to fall in love with the automobile. Coming out of high school, I knew I wanted to be a vehicle performance engineer, and I’m a mechanical engineer by trade.

I went to a small university in Ohio—Cedarville University. One of the reasons I went there was because they had a strong engineering program. They also gave me the opportunity to take part in an Ethanol Challenge—a joint collegiate competition sponsored by GM and the Department of Energy where we built vehicles to run on ethanol.

One year we got a Silverado pickup to work with, and our team ended up putting twin turbochargers on it. Then we bored and stroked it from 5.3L to 5.7L so we could use Corvette components on it. We worked with Lingenfelter Performance on the project, and it was the first time I really got involved with the performance aftermarket. The truck actually made the cover of Car & Driver magazine!

From there I went to Honda R&D in Marysville, Ohio, where I spent three-plus years learning all things emissions development, working in the engine research department doing vehicle tailpipe emissions testing as well as evaporative emissions. After that, I went to a small aftermarket performance company called APR in Opelika, Alabama, where I was the head calibrator focusing on Volkswagens and Audis. That was my first real exposure to the SEMA Show, when we built a Mk V GTi for the 2006 Show as part of a competition sponsored by Volkswagen. Long story short, we won the competition and ended up displaying at the Show.

After working for APR, I went to Bosch in Farmington Hills, Michigan, where I worked in the quality department and then the motorsport department, where I ended up managing the North America hardware development department for Bosch Motorsport. I then went to General Motors to Chevrolet Performance, where I worked as a design release engineer for the last six years. My primary focus was on performance air induction systems and exhaust, so I did some work on the Camaro, Corvette and the pickups with varying degrees of performance from drag racing to street stuff.

I guess if I could put a bow on it, what’s interesting about my career is that I’ve had experience with the OEs in emissions and experience with both the OEs and the aftermarket on the performance level, so all of these experiences combined have helped set the trajectory to this new position.

SN: Let’s talk about the Detroit Garage—how it’s shaping up and what members can expect to see in 2022.

BK: We’re looking at what we’re calling a ‘soft launch,’ hopefully in the spring timeframe. That would entail having the office open and staff on hand to man the ADAS (advanced driver-assistance systems) Center. As far as the timeline for the rest of it—emissions testing in particular—we’re looking at a summer timeframe. We’re working with the contractors and architects to make sure that happens, and we’re pushing hard to get it done within this timeframe.

SN: Talk about the new ADAS Center and what kinds of services our members can expect from it. As you know, SEMA isn’t able to offer these services at the SEMA Garage facility in Diamond Bar, California, due to a lack of needed facility space.

BK: It takes a lot of space to test and calibrate all the different systems on a vehicle. We’re looking at rooms that are roughly 40 by 60 ft. All in all, we will have between 4,000 and 5,000 sq. ft. to devote to this work. There will be two aspects to it.

One cell will be devoted to a lot of R&D, learning the new technology—how the vehicle interacts with the various ADAS systems and how we can calibrate those systems. That’ll be one room—call it the “white paper” room—where our research and learning goes on.

We’re also going to promote awareness—to let the aftermarket know that ADAS isn’t going away. The number of equipped vehicles with some form of these systems is doubling every two years, and this trend is only going to continue to increase.

The second aspect is understanding how to deal with this technology with modified vehicles—if it can be properly calibrated and how. That’ll be the second room. For members who are dealing with ADAS calibration issues, we’re going to be buying a bunch of the most popular equipment from the aftermarket that’s available today and try to coach the members on how to interface and use the most popular ADAS calibration tools. That’s some of the coaching we’ll be offering the SEMA membership.

But there is still a lot to learn with ADAS technologies and how modified vehicles interact within it. We anticipate there will be different answers for different OEs. We are also seeing the ADAS technology evolve so quickly that those answers will morph over time. Regulatory oversight and strategies could also drastically change the landscape and approach to this. Long story short—we are excited to get the facility up and running and begin to dig in.

SN: What about dynamic testing? We understand that SEMA is partnering with a local track facility to affect that. 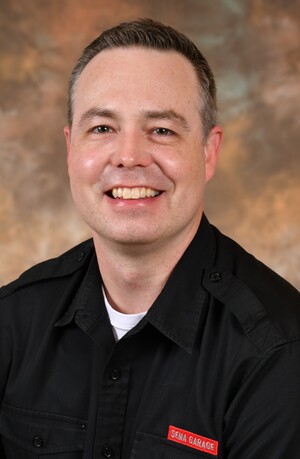 Ben Kaminsky, SEMA Garage Detroit’s new operations manager, comes to SEMA from General Motors, where he worked as a design release engineer. He has years of experience in emissions testing, racing and performance across both OE and aftermarket platforms. He’s even built cars for the SEMA Show and for the cover of Car & Driver.

BK: When we say ‘dynamic testing,’ in this case for U.S. OE purposes, you basically plug the factory service tool into the OBD-II port and ‘tell’ the vehicle that it needs to calibrate. Then you drive the vehicle until it ‘learns’ enough to tell you that it’s comfortable with the new parameters, and the calibration is done. By contrast, most of the European and Japanese OEs primarily rely on static testing for their vehicles. Some select vehicles even require both static and dynamic testing.

At the moment, we do not have a specific partnership set up. We are, however, looking at various options on how we can consistently, accurately, and cost-
effectively complete validation and regulatory testing. Again, we are looking forward to doing the research to provide these sorts of options for our membership.

SN: Talk a bit about the new emissions testing facility. The Detroit Garage will be able to offer types of emissions testing and CARB certification that aren’t available in Diamond Bar, as with ADAS testing. From what we understand, SEMA Garage Detroit is going to be like Diamond Bar on steroids, is that right?

BK: That’s a good way to describe it. Diamond Bar has done a really great job of laying the groundwork from an emissions point of view. They’ve managed to forge a great relationship with the California Air Resources Board (CARB), which is key for manufacturers who need that CARB Executive Order to sell in California, so we in Detroit are kind of standing on the shoulders of giants in that regard. SEMA has also built relationships with the OEs and OE suppliers, and we’ll be looking to expand our relationships with these companies. Detroit is still the Motor City, and most of the major OEs and OE suppliers have some form of presence within an hour’s drive of our new facility.

Emissions testing and verification is a very expensive procedure, and one of the things that the Detroit Garage can do involves using a four-wheel chassis dyno for testing. We’ll have the capability to run two-wheel, four-wheel and all-wheel-drive vehicles on both the emissions and mileage accumulation chassis dynos. We can also test hybrids and EVs should we need to.

The chassis dyno for mileage accumulation will be an in-ground, “in-the-pit” setup, so we can conduct a vehicle prep to go into the emissions test cell and also do horsepower verification for components such as air intakes. We’ll also be able to accommodate a lot more vehicles, since our total square footage is more than double the size of the Diamond Bar facility.

Finally, there’s the location. Folks who are east of the Rockies may find it more difficult to get to Diamond Bar with a vehicle than to drive to Detroit for testing, so it’s a good location for people on the East Coast as well. 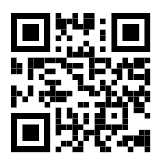 In addition to exclusive OEM measuring sessions, scanning services, advanced tools and equipment, a modern training center and an emissions lab recognized by the California Air Resources Board, the Detroit facility will include expanded services and offer new SEMA benefits through the ADAS Research and Development Center. For the latest updates on the Detroit facility, visit www.semagarage.com. 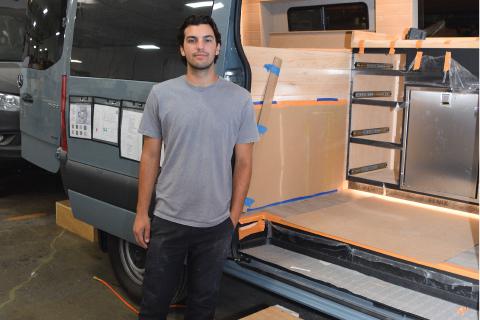 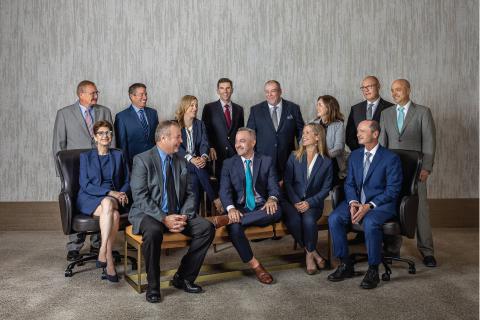 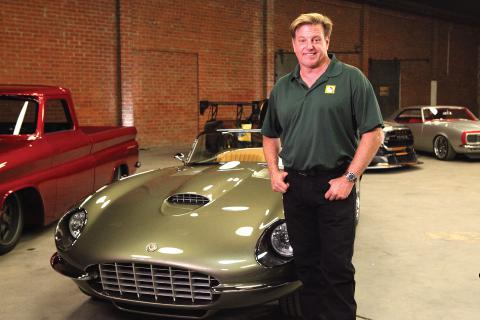