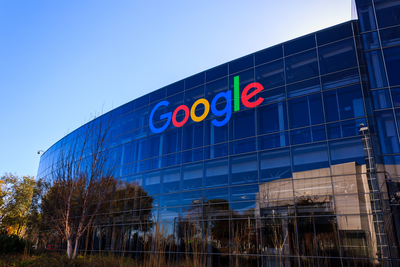 Google is struggling for a way to target consumers with ads—without stepping on privacy concerns.

Businesses that employ ad tech companies to run ads for them on digital properties will need to come up with a new strategy by the close of 2023.

That’s when search-engine behemoth Google plans to drop its support for third-party cookies—a web surfer tracking technology that has been fundamental to web advertising since the mid-’90s.

Google’s dramatic decision to ditch third-party cookies has been triggered by a steady flow of surveys in recent years finding that significant numbers of web surfers are fed up with company surveillance of their web use.

A February 2022 survey from the Future of Tech Commission (www.futureoftechcommission.org/press-release-launch-2ndpoll), for example, found that 78% of consumers want laws to force businesses to seek their permission before gaining access to such personal data. Moreover, 75% of those surveyed want to prohibit businesses from collecting any personal data on anyone 16 or younger. And 75% want laws ensuring that businesses are prohibited from pushing inappropriate or harmful content to children 16 or younger on the web—including questionable advertising.

“The findings are clear: Americans everywhere want an internet they can trust,” says Deval Patrick, former governor of Massachusetts, who helped spearhead the survey.

Patrick adds: “When misinformation runs rampant, every community suffers— and we’re running out of time. Our leaders must lead and summon the political will to protect our children, safeguard our privacy, and rein in the undue influence of Big Tech.”

Smarting from those kinds of protests, Google’s original plan on third-party cookies was to drop them from its Chrome browser earlier this year.

But the tech titan decided to hang onto third-party cookies this year after privacy groups vehemently criticized FLoC, a replacement technology it wanted to use as a substitute for third-party cookie tracking.

This time around, Google has yet another new technology it wants to use to replace third-party cookies, dubbed “Google Topics.”

Google’s hope: That this latest replacement tech will satisfy privacy advocates while still enabling advertisers to target web surfers with ads based on how they interact with websites.

But boiled down, the tech giant’s latest proposal is really its way of saying to web surfers: “Look, we know we’ve been really nosy in the past about how we track, analyze and target how you surf the web.”

In practice, Google Topics significantly limits the way the Google search engine currently tracks your every movement on the web by studying your use of the Google Chrome browser.

This new answer to web-surfer tracking offers advertisers only a limited, general idea of what interests you—and what you might be interested in buying—as you surf the web.

The result is the new tracking system will only be able to track a handful of broad interest areas, or Topics, that dovetail with how you use your web browser.

Initially, Google’s plan is to track five Topics associated with how you use your browser—along with one more Topic that is chosen at random.

Once Google has tagged your browser with Topics that give advertisers a better idea of your interests and intentions, any given website you visit will be able to “see” three of the Topics Google associated with your web browser—and target ads to you accordingly.

Google is also building in some other privacy controls with Google Topics that it hopes will make the new tracking system more palatable to web surfers and political activists concerned about web privacy.

For example, Google is currently developing new controls for its Chrome browser that will enable you to see the Topics associated with your browser.

Plus, you’ll also have the option to remove any of the Topics associated with your Chrome browser use that displease you, according to Vinny Goel, product director, Privacy Sandbox, Chrome.

“Soon, we will launch a developer trial of Topics in Chrome that includes user controls—and enables website developers and the ads industry to try it out,” Goel says.

Before getting the green light to launch Google Topics, the search giant will need to secure official approval for its new tracking technology from key governmental bodies across the globe, including the United States and the European Union.

So far, the tech giant has won approval from the United Kingdom via that country’s Competition and Markets Authority.

Says Andrea Coscelli, chief executive, CMA: “While this is an important step, we are under no illusions that our work is done. We now move into a new phase, where we will keep a close eye on Google as it continues to develop these proposals.”

The reason why parting with third-party cookies has been such sweet sorrow for Google is that, privacy concerns aside, it really is a fantastic way of finding out what people are likely to buy based on their web surfing behavior.

Currently, if you visit a number of auto parts websites, for example, and start clicking on mufflers, you’ll most likely start noticing muffler ads popping up on many of the websites you subsequently visit.

Ad tech companies are now able to discern that you’re interested in mufflers by cutting deals with the websites already featuring their ads—who in turn place a third-party cookie in your Google Chrome browser when you visit the site.

That third-party cookie—owned by the ad company—begins tracking your movements on the web the moment it is embedded in your browser.

And with each website you visit featuring advertising from that same ad tech company, another third-party tracking cookie is placed in your Google Chrome Browser, tracking you all the way.

The system has worked exceptionally well for Google and advertisers for more than a quarter of a century. But, as noted, has also triggered the ire of more than a few consumers and privacy advocacy groups for nearly as long—users and political activists who feel such tracking violated their privacy and generally made them feel creeped-out.

Consequently, even if Google Topics manages to become the de facto replacement for third-party cookies, web advertising experts recommend that advertisers begin to rely more heavily on other ways to engage with customers including:

Email Marketing Lists: While web advertising fads come-and-go, email marketing keeps on chugging along, offering marketers some of the best ROI for marketers’ efforts, year after year. Marketers build email lists by soliciting email addresses in exchange for providing riveting email newsletters, informative white papers, early notice on new goods and services, discounts and coupons and the like. Expect increasing numbers of businesses to double-down on this tried-and-true marketing tool in coming months.

Old School Advertising: Back in the olden days, marketers would seek out content that matched the goods and services they were selling and place ads there. A bikini retailer might embed its ads in an article about summer vacations, a local beach, or an upcoming Olympic diving competition. These days, they’re calling this old school technique ‘contextual targeting.’ But it’s the same idea: matching ads to content.

Buying Someone Else’s Audience: While you may not have a great deal of data on people who are interested in bikinis, another website—such as a swimsuit publication—may have plenty. Once third-party cookies are phased out, expect more businesses to buy and use info about such potential customers from such websites.

Device Fingerprinting: Similar to third-party cookies, device fingerprinting is an extremely effective tracking technology—but also extremely controversial. Device fingerprinting enables a website to reach down into your device and retrieve all the information about that device that makes it unique to you—the language it runs on, the web browser it uses, the times of day its usually used, its location, its IP address, and similar personalized data. Once an ad tech company has your device fingerprint, it can track you as you move across the web. 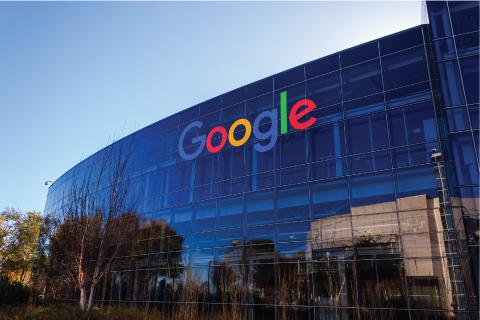