Charging Up the ZEV Conversion Aftermarket 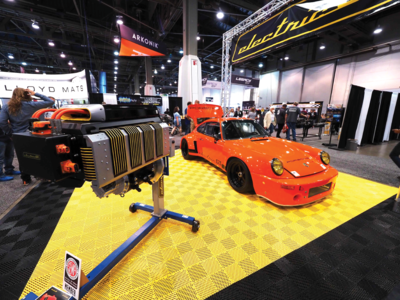 The adoption of ZEVs by consumers and industry is rapidly growing, as is the demand for aftermarket technology that can convert used gasoline-powered vehicles into hydrogen or electric ZEVs.

If you attended the 2021 SEMA Show, you noticed an undeniable trend: From OEM offerings to restomods, zero-emissions powerplants are gaining traction with the industry.

One of the attendees who took notice was California Assembly Member Tim Grayson (D-Concord). Grayson is no stranger to the industry. Not only do he and his wife Tammy boast a collection of classic Ford Mustangs, but he led the charge to repeal a 2018 California law that prevented police from issuing fix-it tickets for exhaust noise violations. For his work he was named SEMA’s 2019 Stephen B. McDonald Lawmaker of the Year.

Not long after returning from Las Vegas, Grayson, along with a bipartisan group of his legislative colleagues, introduced SEMA-sponsored legislation (A.B. 2350) that would provide incentives to consumers who convert gasoline- and diesel-powered motor vehicles into zero-emissions vehicles (ZEV). If enacted, A.B. 2350 would provide $2,000 rebates to eligible motorists who convert their vehicles. 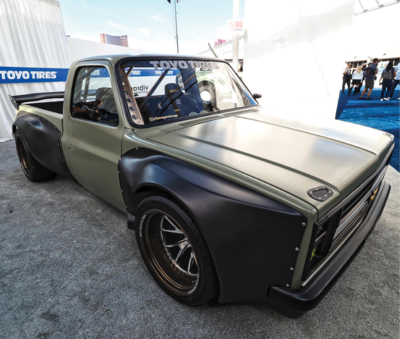 Easy to work on with tons of aftermarket parts availability, old Chevy trucks are a dream for any builder, but Salvage to Savage (YouTube Channel) decided to take a completely unique path with its ’85 Chevy C10. Instead of using the tried-and-true V8 engine, the team yanked the electric drivetrain out of two Teslas to create a twin-motor, all-wheel-drive beast.

Why is Assemblyman Grayson’s bill necessary? The answer is simple. In recent years, California has implemented various programs, including the Clean Vehicle Rebate Program and the Clean Cars for All Program, to promote the purchase of new zero-emissions vehicles. However, none of the programs currently offer benefits for vehicles that started their lives with internal-combustion engines and are converted to ZEV via an aftermarket motor package.

The adoption of ZEVs by consumers and industry is rapidly growing, as is the demand for aftermarket technology that can convert used gasoline-powered vehicles into hydrogen or electric ZEVs. This trend was on full display at the 2021 SEMA Show, where electric vehicle conversions such as the Chevrolet Project X stole the show.

The result of a collaboration between Chevrolet Performance and Motor Trend, Project X is a ’57 Chevy 210 hot rod that has been equipped with Chevrolet’s e-Crate motor. Unveiled in 2020, the e-Crate motor consists of an electric motor, a battery system and a transmission that can be installed on any vehicle. Similarly, Ford recently introduced its own electric crate motor dubbed the Eluminator.

Another show-stopping vehicle that debuted at the 2021 SEMA Show was Arrington Performance’s ’49 Chevy pickup truck called the “Zero.” This truck boasts a Chevy LS internal-combustion engine, but instead of burning gasoline, it was modified to combust hydrogen.

Converting older cars into ZEVs allows consumers to preserve California’s rich car culture supporting the aftermarket. As of this writing, the California Assembly Committees on Transportation and Natural Resources each unanimously passed A.B. 2350. The bill currently awaits consideration in the Assembly Appropriations Committee.