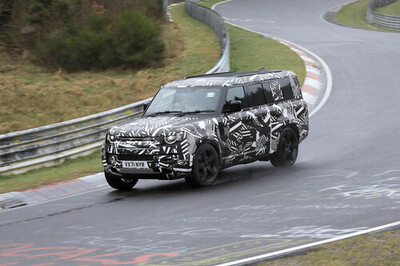 Land Rover will expand the Defender lineup next year with the introduction of the extended-wheelbase 130 variant, which has been spotted on Nürburgring. 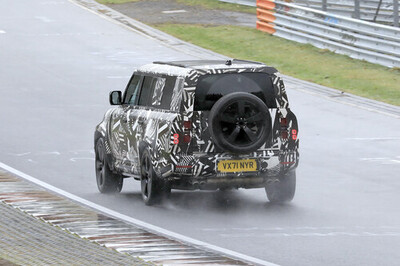 It is positioned as the “premium explorer” of the Defender range, while the entry-level 90 is the “halo, image icon” and the 110 is the “definitive Defender.” The 130 is therefore likely to command a substantial price premium over the other Defender models and may be available in top-end trim levels only.

The Defender 130 is expected to receive the full raft of diesel and gas powertrains, including the P300e PHEV option and the hot, 550hp supercharged V8, as seen in these pictures. 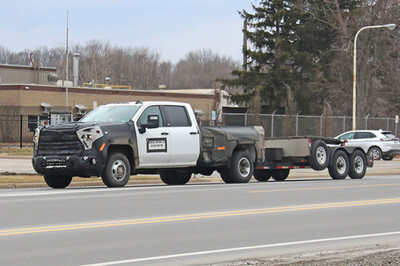 Here are two prototypes of the upcoming Silverado HD dually. One (towing via a hitch) appears to be a lower-end model, while the other (towing via a gooseneck) is a High Country trim. The Silverado’s refresh will bring an updated exterior design, a new cabin and new powertrain bits that offer more power and torque. 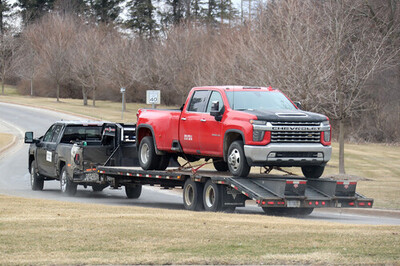 Expect an official debut this fall. 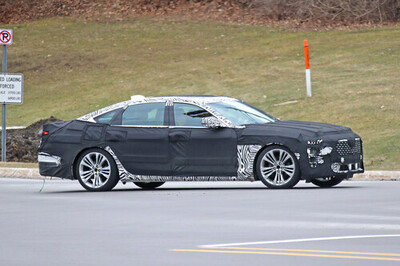 This is the next-generation Cadillac CT6 undergoing testing in Michigan. The prototype appears to be the same general size as the current model but with key updates to the exterior, including new a roofline treatment and body panels. 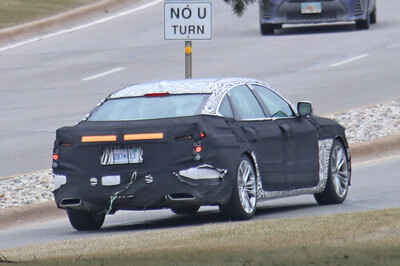 According to a 2019 report by enthusiast website GM Authority, the next-gen CT6 is assigned program code 7ESL, meaning that it will move to the VSS-R platform. The website reported that the next-gen model is destined for the Chinese market, but its presence in the U.S. market is still unclear with the discontinuation of the CT6 in North America after the ’20 model year.