Company Reports That Write Themselves 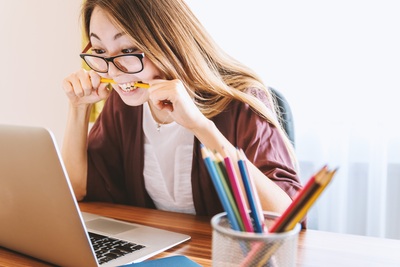 Microsoft has a new solution for chart and graph loathers: Simply click on the chart or graph to get a text explanation of what it’s trying to say.

Legions of workers stumped by company charts and graphs that make no sense to them can take heart: A new, dirt-cheap artificial intelligence (AI) software tool from Microsoft enables you to trigger a text explanation of a chart or graph with just one mouse click.

The new tool also enables you to string together text explanations of multiple charts and graphs tracking your company’s performance to create a short, written report that’s completely and automatically written by your computer.

Dubbed Smart Narratives (referencing the ability to instantly autogenerate narratives or written explanations of charts, graphs and the like), the new tool is included with the latest version of Microsoft Power BI, Microsoft’s business analytics software (https://docs.microsoft.com/en-us/power-bi/visuals/power-bi-visualization-
smart-narrative).

One of the biggest draws of Smart Narratives is that it’s so intuitive to use. For example, if you’re looking at a chart that you don’t understand in Power BI, one mouse click on the chart brings up a pop-up text box that explains what’s going on, according to Ancy Philip, an AI specialist at Microsoft.

You can see for yourself how the Smart Narratives tool works—and how it makes sense of a sample scatter chart with a plain English explanation—in a four-minute video from Microsoft at www.youtube.com/watch?v=01UrT-z37sw. The video will show you firsthand how sales in the hypothetical cities of Crystalcastle and Esterwyn are doing, as illustrated by the scatter chart. And then it will show you how to get a plain English explanation of those sales by simply clicking on the chart.

Not surprisingly, the Smart Narratives tool is expected to be a boon to a wide swath of workers who embrace business charts and graphs with all the enthusiasm of an impending root canal.

It’s also emblematic of a number of software solutions growing in popularity at businesses that are using AI-generated writing to either explain what’s going in a chart or to simply bypass the business visuals altogether and auto-write a completely text-based report on company trends.

These AI-generated writing solutions are able to bypass the chart and graph approach to business analysis by drilling directly into company databases, crunching the data they find, and then rendering the resulting insights in plain English. The result is company reports that write themselves—or, to be precise, produce instantly understandable analyses of company trends, performance and similar insights that are auto-written by a machine.

Until recently, this kind of techno-magic—auto-generating written company reports from raw data—used to cost big bucks. But as with most things tech, the price has dropped dramatically. These days, a subscription to Microsoft Power BI (which includes the new Smart Narratives tool) goes for as little as $20 per month per seat.

“Narratives (simple to understand sentences) can be better decision aids than visuals, in part because they deliver focused and powerful insights,” observed Ehud Reiter, chief scientist at Arria NLG, a pioneer in AI-generated writing that’s being used to auto-write company reports.

In contrast, Reiter added, charts and graphs can actually be a deterrent to understanding, given that many people looking at graphs get distracted by patterns that aren’t actually significant or relevant. Generally, the companies that pioneered this approach to auto-report writing use a “report template” to auto-generate their reports. The templates work on the same principle as the old Mad Libs game you may have played in grammar school.

Back in those days, Mad Libs furnished you with a template story—for instance, how pizza was invented. You asked your friends for random nouns, verbs and adjectives to plug in to blanks that were deliberately left in the story template. And because all your friends at the time were still in pigtails or chewed bubble gum for a living, everyone roared at the non sequiturs.

Auto-report templates work the same way. They use the skeleton of a story—for instance, a daily sales report featuring blanks that are left to be filled with updates on your latest sales numbers, sales computations and the like. Then they auto-
populate the skeleton template with the latest sales data, which tells the new story on company sales for the current day.

The big difference with the new Smart Narratives tool in Microsoft Power BI and other AI-generated writing software is that the software still generates a chart or graph depicting change and analysis of sales over a certain time period, but then it goes on to enable users to auto-generate a written analysis of that chart or graph with a simple mouse click.

It’s a clever move in that it preserves the importance of the charts, graphs and similar illustrations that Microsoft Power BI creates (the bread-and-butter of the analytics program, really) while simultaneously offering graphics-averse users plain-English descriptions of what the charts and graphs are trying to say.

In a phrase, the Smart Narratives tool and similar AI-generated writing software tools can be a game-changer for companies that use business analytics software such as Microsoft Power BI. That’s especially true given that you don’t need to write the templates needed to explain charts and graphics that are commonly used in Microsoft Power BI. Microsoft has already done it for you, off the shelf.

Yet another powerful feature of the Smart Narratives tool is its ability to simultaneously auto-generate text explanations of multiple charts and graphs. That’s a capability that will prove especially handy for users who have programmed Power BI to open to a dashboard that tracks, say, six different kinds of charts and graphs on company performance at the same time.

Another benefit: If you need custom templates to auto-generate text explanations to chart insights currently not available with the Smart Narratives tool, it’s no problem. Expert users of the tool find that they have the ability to create highly customized templates to generate the kind of insights they’re looking for on a regular basis.

Once users get comfortable with the Smart Narratives tool, yet another powerful feature they find is that they can customize the style of writing that Smart Narratives uses to auto-generate plain-English explanations of charts and graphs. In the hands of a professional writer, that capability can be a game-changer in its own right.

The reason is that while the plain, barebones text descriptions of charts and graphs that Smart Narratives offers get the job done, if you punch up that writing style with some sparkle and wit from a pro writer, you’ll find that the text reports Smart Narratives generates grab a worker’s attention much more forcefully, hold it longer, and better ensure that the key insights your employees need in order to make informed decisions stay top of mind.

Put another way: You wouldn’t hire Hemingway to paint the Sistine Chapel, and you wouldn’t hire Michelangelo to write The Sun Also Rises, so don’t task your graphics pro to punch up the writing that you find in Smart Narratives unless that person also happens to be a crack writer. Instead, hire or task a pro writer (preferably one who has a background in business feature journalism) who can work with your business analytics people to truly make the AI-generated templates behind your auto-generated reports sing.

Feature journalists are trained to engage and entertain, and they’re trained to do so without resorting to hype, distortion or fabrication. Those are the key traits you’re looking for in the template author behind your company reports.

The bottom line on the advent of the Smart Narratives tool? For companies looking to get a taste of how AI-generated company reports work and how auto-written analysis of company insights can turbocharge the speed at which business analysis can be communicated throughout a business, Microsoft’s Smart Narratives tool is a great place to start.

These companies have been working at commercialized AI-generated writing much longer than Microsoft, and they may have solutions that are more to your liking, including AI-generated writing add-ins of their solutions that work with a number of business intelligence programs, including Microstrategy, Alik, Spotfire, SAP, Tableau and Microsoft Power BI.