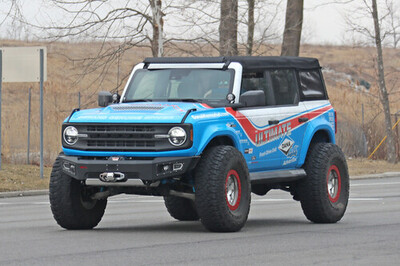 This wild Ford Bronco was built by Ford Performance from the OEM suppliers’ catalog. The Bronco is a four-door model that has exterior and mechanical upgrades galore. The Bronco appears to be somewhat of a tribute to the early-’90s Rough Rider’s Off-Road Racing Team. 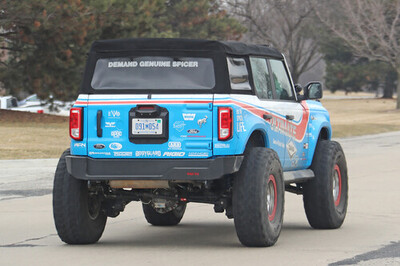 Its bright blue livery and branding is enough to attract attention. Among the OE supplier and aftermarket signage along the sheetmetal are logos from Dana/Spicer Corp., Warn Industries, Rigid, ARB and Expedition Vehicle Outfitters. The Bronco is said to be rolling on 40-in. tires on a set of bead-lock wheels. Ford is expected to showcase the Bronco at upcoming events and auto shows. 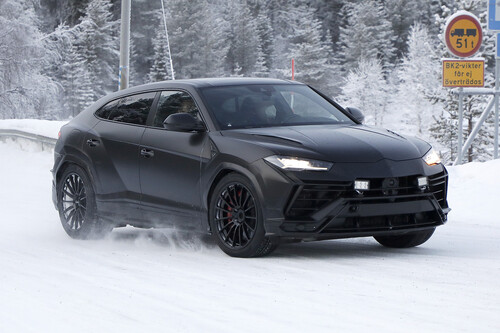 Two years ago, the Lamborghini Urus received a slight makeover incorporating a redesigned keyfob; reworked parking assist that supports parallel and perpendicular parking modes; more colors to choose from; and an optional Sensonum audio set comprising 17 speakers rated at a total of 730 watts. 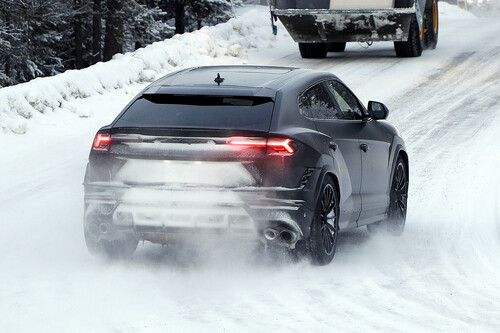 Our man near the Arctic Circle got another batch of shots of the facelifted ’22 Urus Evo with a slight makeover. Today’s Urus comes powered by a V8 4.0 TT that is rated at 650 hp and 850 Nm. It needs only 3.6 sec. to hit 60 mph and maxes out at 190 mph. An eight-speed automatic transmission works in tandem with a limited-slip interaxle Torsen differential. Expect a slight plus in power and top speed. 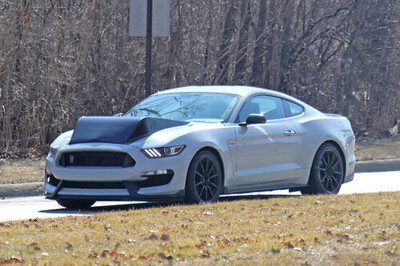 We just caught a rather bizarre Ford Mustang prototype. The model is an S550-generation Shelby GT350, but with one caveat: the hood, which is one of the strangest setups we’ve ever seen. It features a massive raised section that peaks toward the front before tapering down in both directions. The purpose of this hood configuration is unclear, but it’s possible that the model is a powertrain mule for the upcoming S650 Mustang, and the hood was a makeshift approach to test a new powertrain setup. What this GT350 mule could be packing is anyone’s guess, but we saw a Mustang with a similar hood setup in 2011, and it turned out to be a Cobra Jet. 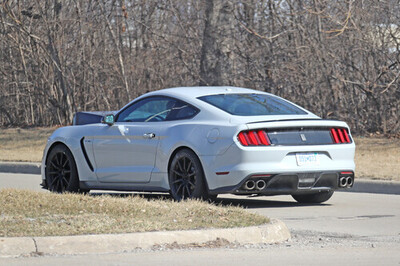 Other than that, the prototype appears to be identical to the S550 Shelby GT350.