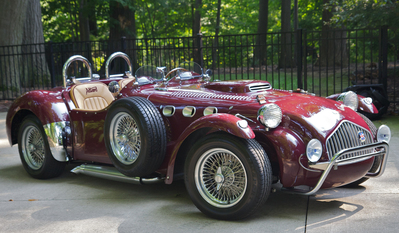 RPM Act: SEMA and the Performance Racing Industry (PRI) continue to work closely with key lawmakers in Congress, SEMA members and the racing community to enact the Recognizing the Protection of Motorsports Act (RPM Act), H.R. 3281 and S. 2736. The RPM Act clarifies that it is legal to make emissions-related changes to convert a street vehicle into a dedicated race car under the Clean Air Act (CAA). The bill would also confirm that producing, marketing and installing racing equipment on track vehicles does not violate the CAA.

The RPM Act enjoys strong bipartisan support in the 2021–2022 session of Congress, including more than 145 lawmakers cosponsoring the bill, which is the byproduct of unprecedented grassroots advocacy by SEMA members and the motorsports parts industry as well as targeted outreach to key lawmakers through congressional site visits and meetings. However, it is imperative that we continue to keep the pressure on lawmakers to pass the bill before this session of Congress ends on January 3, 2023.

What follows are four things you can do right now to help to pass the RPM Act:

Autonomous Vehicle Safety Rule: NHTSA has issued a final rule to update the occupant protection Federal Motor Vehicle Safety Standards (FMVSS) to account for autonomous vehicles. The rule updates the FMVSS to clarify the standards automakers are held to when manufacturing autonomous vehicles that don’t require traditional driving controls such as a steering wheel and a brake pedal. Vehicles that are equipped with automated driving system (ADS) technology must provide the same level of occupant crash protection as current passenger vehicles. Fully autonomous vehicles using ADS technology differ from ADAS such as lane-departure warnings and automatic emergency braking that are becoming commonplace on new passenger vehicles. There are currently no fully autonomous passenger vehicles available for sale.

USTR Reports on China: The Office of the U.S. Trade Representative (USTR) issued its annual report on China’s compliance with the commitments made in 2001 to join the World Trade Organization. This year’s report focuses on China’s failure to implement many of the significant commitments made in the Phase One trade agreement signed in January 2020. Consequently, there was no indication in the report that the Biden administration will lift any of the Section 301 tariffs that have been imposed on more than $350 billion worth of Chinese goods. Most auto part imports from China are subject to 25% tariffs.

In a separate action, the USTR issued its annual “notorious markets” list and added two Chinese e-commerce platforms to the list that already included other Chinese online sellers. AliExpress and the “WeChat e-commerce ecosystem” were added to the “notorious markets” list for the first time, because the scale of counterfeiting and piracy is causing significant harm to U.S. companies that own the intellectual property rights as well as to their workers and U.S. consumers. There has been a steep rise in the sale of counterfeit automotive parts on online marketplaces.

Arizona Restoration: The Arizona legislature passed SEMA-supported legislation to allow full restoration of pre-’81 vehicles, including temporary removal of the vehicle identification number (VIN) when necessary. This bill changes existing law to allow for the removal and reinstallation of a VIN if the vehicle was manufactured before ’81 and if the removal and reinstallation is reasonably necessary for repair or restoration. The bill is pending before Governor Doug Ducey.

Kansas Antique Vehicles: The Kansas House of Representatives passed SEMA-supported legislation to allow a vehicle registered as antique with a model year of ’60 or earlier to use a bill of sale as proof of ownership. The bill awaits consideration by the Senate Transportation Committee.

Kansas Restoration: The Kansas state legislature passed SEMA-supported legislation to allow full restoration of antique vehicles, including temporary removal of the vehicle identification number (VIN) when necessary. This bill changes existing law to allow for the removal and reinstallation of a VIN if it is reasonably necessary for repair or restoration. Currently, restorers who intentionally remove or alter a VIN, regardless of reason, are guilty of a felony and the vehicle is subject to seizure and destruction by law enforcement. The bill is pending before Governor Laura Kelly.

Maryland Military Vehicles: The Maryland House of Representatives introduced SEMA-supported legislation to allow for the registration of military surplus vehicles. The bill specifies that when applying for a registration (military vehicle collectors), the vehicle owner must certify that the military vehicle will be maintained for occasional transportation, exhibitions, veterans’ events, club activities, parades, tours and similar uses and will not be used for general daily transportation. The legislation is pending before the House Environment and Transportation Committee.

Michigan Historic Vehicles: The Michigan House of Representatives introduced SEMA-supported legislation to expand the use of historic vehicles by allowing vehicles to be driven without restrictions between Memorial Day weekend and Labor Day weekend. The bill declares this time period as “participation in an exhibition.” Currently, historic vehicles may be used only in participation for club activities, exhibitions, tours, parades and similar uses, with the month of August declared as an exhibition period. The bill currently awaits consideration in the House Transportation Committee.

Minnesota Ethanol: The Minnesota House of Representatives introduced SEMA-opposed legislation to increase the standard biofuel blend in gasoline to 15% ethanol. Currently, there is a 10% state-wide standard, and there is an exemption in place for those selling or dispensing limited quantities of nonoxygenated gas for collector vehicles. This legislation would create a similar exemption for vehicles not approved to use more than 10% biofuel, which includes all model-year ’00 and older vehicles. The bill awaits consideration in the House Commerce Finance and Policy Committee.

Virginia Exhaust Noise: The Virginia legislature passed SEMA-opposed legislation to reform enforcement of its exhaust noise laws. After different versions of the bill passed each chamber of the legislature, a conference committee resolved the differences to create a final version. Under the final version of the bill, law enforcement is given the authority to make a traffic stop to prevent excessive and unusual levels of noise, repealing a 2021 law that prevented this. The bill states that a vehicle’s exhaust system must use either standard factory equipment or equipment that meets or exceeds the standards and specifications of the Society of Automotive Engineers. The bill is pending before Governor Glenn Youngkin.

Virginia YOM Plates: The Virginia legislature passed SEMA-supported legislation to expand year-of-manufacture (YOM) license plates for vehicles registered as antiques to include plates manufactured in ’73 or thereafter. Currently, only vehicles manufactured in ’72 or earlier may display YOM plates with DMV approval. The bill awaits consideration before Governor Glenn Youngkin.

Utah Military Vehicles: The Utah legislature passed SEMA-supported legislation to exempt military vehicles from displaying a license plate. The bill would require a license plate to be carried inside the vehicle and ready for inspection by law enforcement upon request. The bill is pending before Governor Spencer Cox.