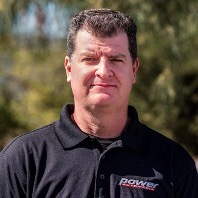 Power Automedia announced that Brian Havins, editor of LSX Magazine, has been promoted to director of content and consumer marketing after four years of being with the company. With this new role, Havins will lead the content of Power Automedia’s publishing division, developing editorial ideas while motivating the editorial team. He will work with the chief operating officer, creative operations director and other members of editorial leadership.

Quadratec Inc., a leading independent retailer of parts and accessories for Jeep vehicles, announced that it named New England-based manufacturer Crown Automotive as its 2021 Vendor of the Year. Crown was chosen following an extensive search across Quadratec’s entire vendor lineup, which features more than 500 of the Jeep aftermarket industry’s biggest and most known manufacturers. 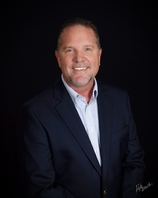 AirSept announced the addition of Charles “Chuck” Abbott as the company’s vice president of sales and marketing. Hired March 1 by Aaron Becker, AirSept’s president, Abbott’s expertise is in transforming businesses for profitable growth in the tool, equipment and chemical categories via multiple channels to the automotive and HVAC/R service markets. Abbott previously served as vice president for global automotive sales for CPS Products Inc., where he managed strategic accounts, including Snap-on and Lockheed Martin.

Lucas Oil Products announced that Katie Lucas has been named as one of the 2022 Forty Under 40 honorees by Indiana Business Journal. The list highlights local business and professional leaders who have achieved success in their fields before the age of 40. In her role, Lucas is responsible for Lucas Oil’s strategic direction, vision and growth as a solutions-driven, customer-centric aftermarket and emerging lifestyle brand. 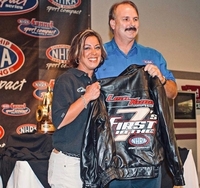 McLeod Racing announced sport-compact driver Lisa Kubo as its new director of sport compact sales. Kubo is a professional drag racer of 12 years and the first sport compact FWD driver to break into the seven-second zone. She will help grow and strengthen the McLeod Tuner Series line in her new position.

Live Fast Motorsports announced that former general manager Jessica McLeod has been appointed as the company’s new CEO. McLeod will be working directly with the company’s team owners, Matt Tifft and her husband, co-owner and driver B.J. McLeod. The McLeods have had many business ventures within NASCAR’s K&N, Trucks, Xfinity and Cup Series. They co-own the Xfinity Series’ B.J. McLeod Motorsports, which fields three full-time stock cars (numbers 5, 78 and 99).

Grote Industries promoted Chief Engineer Chuck O’Neal to executive director to lead and manage the company’s U.S. engineering organization. O’Neal started his career at Grote Industries in 1987 as a design draftsman working on the newly launched UBS wire harness product line. Over the years, O’Neal served in an engineering design and development capacity for nearly every product line Grote Industries offers, helping to launch many staple lighting products for the heavy-duty industry.

Moorpark, California-based Kahn Media acquired the assets of Tread Agency, which will act as a sub-brand of Kahn Media and provide digital marketing services with a focus on off-road, shooting sports, fishing and boating, overland and related market segments. Tread is based in Southern California with affiliates in Texas, Arizona and Florida. Tread Agency was founded by public relations and marketing veteran Jeff Dillow. He joined Kahn Media in 2021 and will remain directly engaged with the Tread Agency brand. 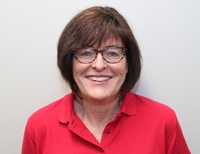 Monique Radersma, a former director of engineering at Denso’s thermal manufacturing facility in Guelph, Ontario, has won a STEP Ahead Award from The Manufacturing Institute. The STEP Ahead Awards annually honor women who have demonstrated excellence and leadership in their careers and represent all levels of the manufacturing industry, from the factory floor to the C-suite. Radersma, who retired a last year, began her career at Denso in 2005. She eventually took roles of increasing responsibility and was later promoted to director of engineering. 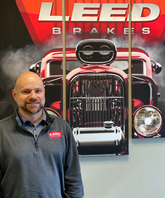 Leed Brakes named Bill Cummings as the company’s vice president. Cummings has been in the aftermarket brake industry since 1998. He started his career in the brake industry with Stainless Steel Brakes Corp., working his way from the warehouse to operations manager in his 16-year tenure. As vice president, he will direct all operations within the company and develop strategies to propel Leed Brakes to the front of the automotive aftermarket.

Truck Accessories Group LLC announced that the company will begin operating under a new name and will be known as Leer Group, effective immediately. This renaming strategy reflects the evolution of the organization as well as the strength of its brands. Leer Group is a collection of recreational and commercial/fleet products, including the Leer, SnugTop, Century, Pace Edwards by Leer, and Bedslide brands. The names of the individual brands will remain.

RNR Tire Express officially announced the appointment of three new executives to the brand’s national leadership team. They include the promotions of Tracy Cintron to the role of franchise director; Candace Lovett to national marketing director; and the recent addition of Susan Vice to serve as the company’s new financial controller. Cintron will continue helping franchisees in their store-development efforts and play a more central role in their onboarding, training and overall success. Lovett will oversee strategic planning and initiatives for the company’s 160-plus locations nationwide. Vice’s position with the franchisor puts her in control of the daily operations of the accounting department.